This year I had the pleasure of attending my first Writers’ Police Academy (WPA) at the Northeast Wisconsin Technical College in Green Bay. This was my rookie year and for anyone worried about being a rookie, there were no initiations—just lots of fun, action and excitement.

Being a Chicago Bears fan I thought about wearing a Bears t-shirt, but decided I didn’t want to be the first crime scene of the day. So I laid low, ate lots of cheese curds and learned a ton from this fascinating conference tailored to mystery and thriller writers.

A driver spends all night partying with her friends. She drinks, maybe smokes a little dope, but it’s nothing big and she’s fine to drive. On the way home, there’s times where she swerves over the line, but hey, everyone does that now and then. Fighting her eyes wanting to close, for a moment she gives in and then BAM. What was that? Stumbling out of the car, the driver sees she hit a vehicle head on. There’s a person lying on the hood of the other car. Pretty soon the first responders arrive and she’s questioned and examined.

There’s a loud sound behind her and as the driver turns around, she realizes that the jaws of life are cutting through the car she hit. Then a white sheet reflects off the morning light as a sliver of sun peaks through the gray clouds. She realizes the person on the hood is dead. Did she do that? She doesn’t remember. A loud noise disrupts her thoughts and debris starts flying around. Papers swirl in the air as the medivac helicopter lands. A person is loaded in the helicopter and taken away.

The driver holds her head in her hands, realizing the severity of the scene around her. She is taken away to be examined at a hospital and have tests to see what her blood alcohol level reads.

After the car accident scenario we asked questions of the various emergency personal.

And there really was a medivac chopper!

Day two’s morning announcements started out a bit slower. We were learning about the statistics of terrorist attacks and how response has changed for situations such as school shooters. I was thinking to myself, hmmm…what’s going to happen today when the door burst open. My mind wrote the opening pages of the scene played out before the classroom:

The man had been strolling over to his first class on campus thinking about the Packer’s game that evening. Would they win? His wife interrupted his thoughts telling him she was heading off to her class. They said their goodbyes and as he turned around, a sharp stabbing pain hit his ribs. Then he heard a loud suction sound as a knife pulled out of his skin.

The man yelled at his wife to run and he pushed the man with the knife and ran in the same direction as his wife. He managed to find an open door and stumbled into a room of first responders who gave him immediate treatment. But he kept thinking about his wife and asking about her.

Then, through the haze of trying not to black out, the man sees several more people run into the room holding various parts of their body, trying to stop the bleeding.

The police show up and tell everyone to keep their hands on their heads with their fingers interlaced. The police catch the suspect fleeing from the campus.

Yep, morning announcements are pretty interesting at WPA. Here are few more reasons to consider attending WPA, (as if you needed another reason):

Me with Tami Hoag

These are just a few of the many exciting moments at WPA. I’d say my rookie year was a great success and I’ll be back. Until then, I have some murders to commit on paper. Thanks to the “hands on” experience from this writers’ conference, I can bring my fiction writing to life in a way I never imagined. 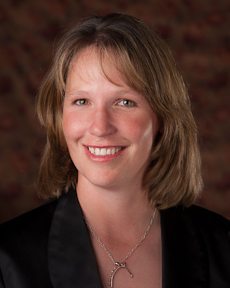 Passionate about animals and the outdoors, all of Kathleen’s interests end up in the written form one way or another.  Her experiences being a part owner and handler for Sherlock Hounds Detection Canines, a private pro-active drug dog service that works primarily in schools, has been the subject of much of her writing. She is currently working on a book with a female protagonist who’s a K-9 handler for the National Forest Service. Kathleen lives in Berthoud, CO with her husband and all their four-legged friends

Followon TwitterSubscribeto RSS Feed
Josh Moulin: Who Are You Allowing in Your House at Night?