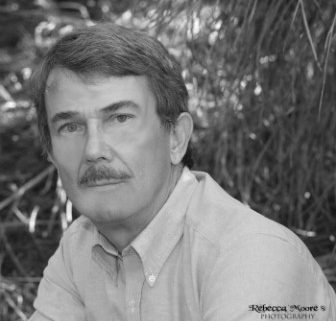 As a sitting judge on a general trial court for twenty years, I ran across many things that made me wonder if anyone knew anything about the law. There is, of course, no secret that lawyers and their co-conspirators in all levels of government work daily and diligently to make the law incomprehensible. (CPAs are also guilty, but that’s another blog post.) So if we lawyers make things difficult, we shouldn’t complain when people don’t understand it, right? Wrong.

Here are but three of many things that make me growl.

(1) “A divorce (or dissolution of marriage or whatever your state calls it) is not a lawsuit.”

This one baffles me. Once I was speaking to a non-lawyer and I said, “John sued Mary for divorce.” The fellow answered, “No, he didn’t sue her. He filed a divorce. That’s different.”

In some states, if you’ve agreed on everything, you can file a notice of settlement and some judge will sign a judgment, declaring you and your sweetie to no longer be married.

If you can’t agree, there could be a knock-down, drag-out courtroom battle that concerns everything from child custody to who gets the matched salt-and-pepper shakers from Hawaii.

That, my friends, is a real lawsuit, the same as if it was Standard Oil and the EPA.

(Note: I heard a divorce case where two judges were getting a divorce. They couldn’t agree on the disposition of a manure spreader. [Insert manure spreader joke here.] I decided it for them and they haven’t complained since.)

As far as I know, there is no such thing as an automatic will anywhere in any state or territory of the United States. (Correct me if I’m wrong. I’d love to see how that works! And, keep reading.)

When you die, there are two ways your stuff (if you have any stuff leftover from paying taxes all your life) is split one of two ways: You have a will or the government decides where your stuff goes.

This one I shouldn’t get too upset about because of the growing prevalence of trusts and other non-probate transfers of property. Such things keep you away from the probate division of the court to some degree or the other (depending on your state).

Free legal advice: Go to a competent—meaning you’ve done your research on the person—estate planning lawyer. Get a financial power of attorney, a healthcare power of attorney, a will, a trust, and advice on how transfer/pay on death works in your state. This can save you a lot of money and heartache. If you don’t care where your stuff goes and you don’t care if you have heartache and grief, then don’t do anything or use forms you found on the Internet.

And there’s no “reading of the will” except on soap operas. In fact, after you make out all your estate-planning documents, you should give photocopies to your potential heirs—you don’t have heirs until you die—and make sure they know how to get to your safe place after you pass. Protect your valuable documents from fire, flood, wind, earthquake, and critters (four- and two-legged).

BAIL is generally how much the judge wants before you get out of jail and BOND is generally how the bail is made. Don’t ever expect journalists to get this right. And judges and lawyers often confuse it also.

The best way to knock this one flat is to give you three scenarios.

ONE: Danny Defendant has been arrested for a felony and the judge says, “You’ve always shown up in the past when you’ve been arrested so I’ll let you out on your own recognizance and we’ll take your word for it that you’ll be back for your trial.” This is a recognizance bond (or signature bond or whatever your state calls it).

TWO: Danny Defendant has been arrested for a felony and the judge says, “$10,000 cash only bail.” Danny’s decrepit grandmother who barely scrapes by on Social Security, sells her great-grandmother’s diamond ring and forks over $10,000 in cash to the court and gets a receipt made in Danny Defendant’s name. When he shows up, she gets the dough back. If he doesn’t show up, the government keeps the money. This is cash bond (or whatever your state calls it).

THREE: Danny Defendant has been arrested for a felony and the judge says, “$10,000 bail.” Chico leaves the Little League game he’s sponsoring and hustles down to the jail. Chico sells Danny a bail bond for $1000 which is paid for by Danny’s decrepit grandmother who gets a receipt made out in Danny’s name. If Danny shows up when the court tells him to, then the bond is cancelled. If Danny does not show up when the court tells him to, the bond is forfeited and Chico sues the decrepit Grandma for all she’s worth since Danny is gone. This is a bail bond (or whatever your state calls it). After two decades on the bench, Bill Hopkins captures readers with his Judge Rosswell Carew murder mysteries. How does a judge manage to wrangle his way into investigating so many crimes? And can he do it without crossing into the dark side himself? Find out by reading the complete series beginning with Courting Murder, followed by River Mourn and Bloody Earth.

Bill Hopkins is retired after beginning his legal career in 1971 and serving as a private attorney, prosecuting attorney, an administrative law judge, and a trial court judge, all in Missouri. His poems, short stories, and non-fiction have appeared in many different publications. He’s had several short plays produced. A book of collected poetry, Moving Into Forever, is available on Amazon. Bill is a member of Mystery Writers of America, Dramatists Guild, Horror Writers Association, Missouri Writers Guild, Romance Writers of America, and Sisters In Crime. Bill is also a photographer who has sold work in the United States, Canada, and Europe. He and his wife, Sharon (also a published writer), live in Marble Hill, Missouri, with their dogs and cats. Besides writing, Bill and Sharon are involved in collecting and restoring Camaros.

Back By Popular Demand – Jonathan Hayes: Notes On Forensic Medicine&#...
Scroll to top