If I were to ask you to install an exterior door in your child’s bedroom and told you that this door could not have any locks, alarms, or other security, how would you react?  Most people would be uncomfortable with an unlocked door anywhere in their house and especially in their child’s room.  How could a parent properly protect their child if strangers on the outside could walk right in?  How would parents get alerted if someone had entered the child’s bedroom?  This scenario might seem crazy or even rise to the level of negligence.  The risks to the child could be anywhere from a simple burglary to physical assault, sexual assault, kidnap, and even murder and could extend beyond the child to any other occupants of the house.

The thought of this is disturbing and it is hard to imagine any parent would be this careless.  Unfortunately though, there are homes in nearly every neighborhood in our country with unlocked and unmonitored doors.  These doors are not your traditional doors though, these are virtual doors disguised as computers, tablets, smartphones, smart TVs, and a host of other gadgets referred to as the Internet of Things (IoT).

Most parents teach their children common safety messages to keep them safe: look both ways before you cross the street, don’t go anywhere with a stranger, don’t touch the stove because it could be hot, etc.  But what do many parents teach their kids about Facebook, Snapchat, Kik, instant messaging, texting, or web surfing?  In my experience as a career technologist and former law enforcement investigator of cybercrime, parents rarely have this kind of dialog with their kids.  Stranger abductions of children are incredibly rare (less than 1% of all kidnappings), yet parents spend a great deal of time talking about stranger-danger with their kids and completely miss the much bigger and more common risk of online predators.

I cringe when I hear parents ask what kind of smartphone they should buy their tween, or I see kids walking to the local elementary school staring at their smart devices along the way.  In a recent study, it was found that 21% of kids in kindergarten to second grade have cell phones!  I completely understand the need for parents to contact their children, but does that really need to include a data plan and 12 megapixel camera?  Any of these Internet capable devices are a portal to the world and kids who do not yet understand the consequences of their actions can quickly make fatal errors.  The social impacts and long-term exposure to this technology aside, kids don’t need $800 smartphones to remain in contact or to use during an emergency.  Believe it or not, cell phone providers do still make basic phones especially for kids.

Child Predators Use the Internet

The risks associated with kids and technology are not born from my paranoia or hypothetical scenarios I have dreamt up over the years.  During my career I have seen firsthand the devastation brought to children and families from having an unlocked virtual door to a child’s bedroom.  In one such case, an adult man lured an autistic 14-year-old girl over the Internet.  This man used online gaming as his method of choice.  Over the course of a few weeks he established a rapport with her and kept her distracted with the game (World of Warcraft), while he asked seemingly innocuous questions spread over time to not be obvious.  Questions like what her parents did for work, what their schedules were, where she lived, and what school she went to were asked of her.  The suspect recorded these answers within the dossier he was building on this girl.  As the two communicated via voice chat in the game, she thought she had found a great friend.  What she did not realize was that this man had no interest in World of Warcraft or being her friend.  That realization became apparent the day he showed up at her front door when she was home alone.  This man arrived from out of state when he knew her parents would be at work and he kidnapped her.

When the police was notified of her kidnapping they began searching and luckily found the vehicle several hours later in a different state as it was traveling on the freeway.  I remember getting a phone call on a weekend about this case and was asked to assist the agency that stopped the suspect’s vehicle.  They had taken the male suspect into custody and the girl was safely with child welfare.  I conducted a forensic analysis of the suspect’s multiple computers he had in his truck as well as searched the truck itself.  In the back of this truck was rope, knives, sex toys, and a mattress.  I have always believed that if this man would not have been stopped, that young girl would have been raped, tortured, and killed.

In another case I investigated, an adult man was searching for young boys in chatrooms and other online venues.  He knew exactly the type of boys to target and could quickly establish rapports with them.  After having sexually explicit chats with these boys, he would ask them to send nude images of themselves to him.  If the boys refused, the suspect told them that he was a police officer and had already traced their Internet connection back to their physical address.  The suspect told them that if they did not send the pictures, he would show up to their home and tell their parents that they were homosexual. Out of fear of embarrassment, almost every boy was coerced into send the images to this man.  In many cases, he continued the blackmail and had young boys travel to his home where he would sexually abuse them.  He often would send money to these boys to facilitate getting them to his home.

These two examples drive home my point, but unfortunately I have many more stories; some of which have worse outcomes.  On so many occasions parents would tell me they had no idea that their kids were on the Internet, or that they couldn’t keep up with all the technology.  I argue that parents have a duty and obligation to protect their children from danger and simply saying they don’t understand technology does not suffice.  Parents either need to learn the technology or not allow their children to use it.  Before parents allow technology to be introduced to their child or home, they should understand what the device is capable of and how to secure it.

If you are interested in protecting your own family or help someone else with their children, here are some high level suggestions that you can take: 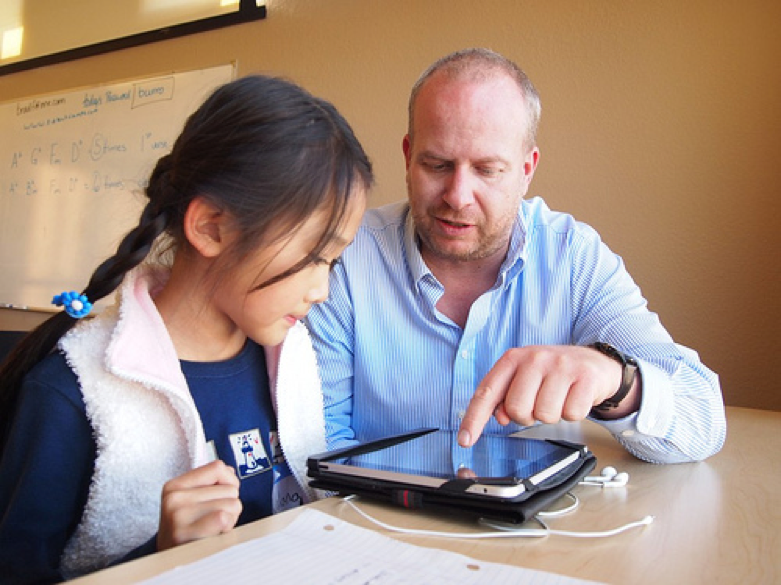 While apps and websites may change names, the principles and mitigating controls are the same. If parents teach kids how to use technology responsibly, have frequent communication with their kids, and follow the steps outlined above, the virtual door can be closed.  Technology can be amazing and kids must know how to use it properly to be successful as they grow older and prepare for college and their careers.  By taking the time to implement what is suggested here and balancing the convenience of technology access with the security controls to make it safe, kids can have a healthy relationship with the Internet and devices. 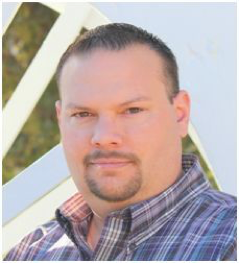 Josh Moulin is the Chief Information Officer (CIO) for the Nevada National Security Site (NNSS), part of the U.S. Department of Energy/National Nuclear Security Administration’s nuclear weapons complex.  The NNSS is a 1360 square-mile remote and highly secure area outside of Las Vegas, NV that provides arms control, emergency response, counterterrorism, weapons testing, nuclear nonproliferation, nuclear stockpile stewardship, and special technology development among other national security significant missions.  Josh and his team of 140 IT and cybersecurity experts support and protect some of the nation’s most critical assets with classified and unclassified networks that span the country.  Josh has a Master’s Degree in Information Security and Assurance, holds multiple industry certifications, and has a Top Secret security clearance.  Prior to joining the NNSS in 2012, Josh spent 11 years in law enforcement with his last assignment as a police lieutenant and commander of a FBI cybercrime task force.  The views expressed here belong to Josh Moulin alone and do not necessarily reflect the views of his employer.

The Poisoner’s Poison: Killing Your Characters
Scroll to top