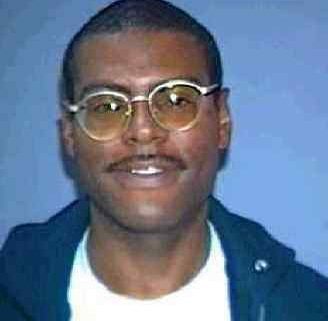 Fraisure Earl Smith was released from custody this week after serving time for assault with intent to commit rape. Smith, now 51, committed five sexual assaults over a span of 15 years.

In 2007, Smith was convicted for sexually assaulting a 17-year-old girl (Smith claims he’s not a pedophile, but I’m betting he’d have a hard time convincing the mother of the 17-year-old girl that his claim is just). This, the latest case, was the one that finally landed him in a California state prison. And, as a 1996 law provided, Smith was eventually transferred to Coalinga State Hospital for followup care and treatment prior to his release back into society.

Smith’s timetable of repeat offenses—a violent sexual assault every five years during a period of fifteen years, and these are the one’s known to law enforcement—is a strong indicator of serial behavior. In other words, reoffending is definitely an option on his table, and violence and sexual assault are both in his arsenal. Needless to say, this man is dangerous. Although, Smith says he’s not. “I am not presently aroused by deviant sexual fantasies or urges….” Smith wrote in a recent declaration.

As Smith’s release date drew near (he’s now been legally deemed safe for release), officials from Liberty Healthcare, a company hired by the state to handle sex predator releases, agreed to find suitable housing for him. After an exhaustive search for housing in cities in four counties, courts and other officials were unable to secure a permanent residence for Smith. Locations were limited since sexual offenders are not permitted to live near schools, day care facilities, or other places where children may frequent. In all, 4,108 placement possibilities were looked at, but for one reason or another, none were approved.

The latest single family home that was approved but later rejected due to the outrage of nearby residents, was a house with a pool in a well-to-do neighborhood. By the way, since Smith is still under supervision of county and state authorities, his housing costs are covered by taxpayers. The monthly rent on the above-mentioned home was $3,000 per month. But, citizens banded together and forced the courts to reconsider. Now, however, without a home for Smith to, well, call home, he has been released from the mental health facility as a transient and will reside in a local Motel 6, still at taxpayer expense. Rules/law requires that he move every 5 days.

Smith is currently living in a motel where guests and their children stay when passing through the area. And those children, wives, and mothers will walk the hallways and parking lot, and they’ll wear their bathing suits while enjoying the hotel pool. All this while Fraisure Smith, a violent sexual predator, possibly watches and waits to be aroused by, in his own words, “deviant sexual fantasies or urges.”

I know, Smith and other violent sexual predators have to live somewhere when they’re released, but my past experiences with these guys tells me to keep a watchful eye on them. Sorry if this offends anyone, but that’s the way it is. Believe me, I’ve seen what can happen and it’s horrible.

Things you should know about sexual predators.

1. Grooming – Predators often “groom” children and other potential victims in order to gain their trust, hoping for access to alone time with them.

2. Predators also groom others, not just their intended victims. The purpose of this type of grooming is to “prove” they are not a risk. For example, see Smith’s quote above about no longer having urges or fantasies. This is a classic sign of grooming.

a) the adult shows an exaggerated interest in a child.

b) an adult buys gifts for a child.

c) the adult finds ways to be alone with a child.

d) an adult displays a fixation on a particular child.

e) the adult “accidentally” walks in a child when they’re bathing, using the restroom, or changing.

i) taking photos of children, especially when they’re in various stages of undress or wearing swim suits, dance costumes, etc.

What to do when a sexual offender moves into your neighborhood?

Here’s a handy Tip Sheet from Stop It Now!

What are the warnings signs of possible sexual abuse in children?

Again we turn to Stop It Now! for a Tip Sheet.

Warning Signs That Might Suggest Someone Is Sexually Abusing a Child

So, for now Fraisure Smith is a guest of a California Motel 6 hotel. Next week, well who knows. Maybe he or another just like him will be your new neighbor. Please be mindful of the activities and whereabouts of your children. You never know…

Ironically, this announcement came a few hours after I published this article. What a coincidence…or was it?

From KRON news in San Francisco.

“After obtaining further details from Motel 6, it appears that Motel 6 did not know that they had rented a room to Mr. Smith, the recently released sexually violent predator. Once they confirmed that he was staying there, they acted immediately to evict him,” Vallejo City Manager Daniel E. Keen said.

“Details provided by Motel 6 confirm that Liberty Healthcare Corporation, the contractor hired by the State to provide services to Smith, concealed Mr. Smith’s identity in order to obtain two rooms at the motel,” Vallejo police Cpt. John Whitney said in a press release.

Two Liberty employees gave their names and did not disclose the identity of Smith, police said.