On August 16, 2009, Lieutenant Benjamin Santiago-Fragoso and Agent Jorge Sanchez-Santiago were transporting a prisoner to jail. The suspect struggled with the officers and somehow managed to gain control of a weapon. Lieutenant Santiago-Fragoso was shot three times in the chest. He died on September 23, 2009. He is survived by his wife and three children.

Sergeant Timothy Olsovsky suffered a fatal heart attack during a nighttime firearms training session on October 7, 2009. Sergeant Olsovsky is survived by his wife and daughter. 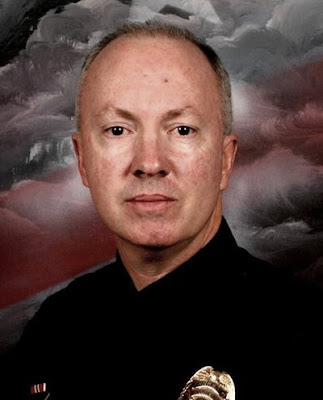 Earlier this week I told you about two Winston Salem, North Carolina officers, Sgt. Mickey Hutchens and Officer Daniel Clark, who were shot while responding to a domestic violence call. Sadly, Sergeant Mickey Hutchens, did not survive. Sgt. Hutchins passed away in the company of his family and fellow officers on October 12, 2009.

Sgt. Hutchens’ funeral is scheduled for Friday at 2 p.m. at Wait Chapel. Hutchens will be buried at Forbush Baptist Church in Yadkin County following the service. Full coverage of the funeral may be viewed here.

The suspect in the shootings of the two officers, 35-year-old Monte Evans, was shot and killed during the exchange of gunfire at the scene. Evans’ family attended the memorial service for Sgt. Hutchens, where they asked for forgiveness and prayed for the sergeant’s family. As a family, they brought a single white bouquet to place at the memorial.

Weekend Road Trip: Stuck At Home Dreaming About The Ocean
Scroll to top