July 14, 2013 – Officer Bobby Hornsby was shot and killed during a SWAT team deployment to apprehend a man who’d barricaded himself inside his apartment. The suspect, a Fort Hood soldier, had threatened several people with a weapon before retreating inside his home. When the SWAT team arrived the suspect opened the door and held his hands up as if to surrender. As the team moved in to make the arrest, the suspect quickly grabbed an AK-47 rifle and opened fire, striking Officer Hornsby and another officer. Both officers were transported to the hospital where Hornsby succumbed to his wounds. The suspect was killed during the exchange of gunfire.

Officer Hornsby is survived by his wife and two young children. 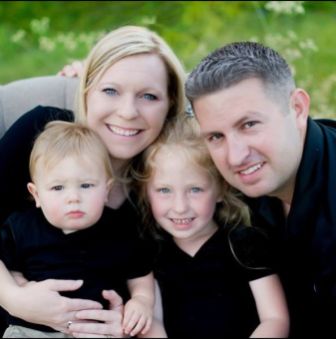 At Hornsby’s funeral, his widow, Kimberly, addressed the standing-room-only crowd of mourners saying her husband’s “love for people was unconditional and infectious.”

Then she recited the Police Officer’s Prayer.

“Lord I ask for courage

Courage to face and

Conquer my own fears…

Courage to take me

Where others will not go…

I ask for strength

Strength of body to protect others

And strength of spirit to lead others…

I ask for dedication

Dedication to my job, to do it well

Dedication to my community

To keep it safe…

Give me Lord, concern

For others who trust me

And compassion for those who need me…

Be at my side”