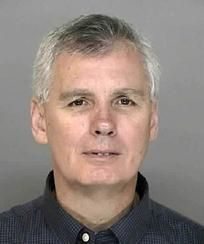 July 20, 2011 – Deputies assigned to a sheriff’s fugitive squad spotted 17-year-old Jonathan Bun, a suspect wanted for robbery, getting into a car near his home. The deputies then followed Bun in their unmarked car, waiting for a safe place to conduct a traffic stop. When they were ready to make the arrest they called Deputy Rick Daily to make the stop with his marked patrol vehicle. Policy in most departments mandates that traffic stops be conducted by a marked patrol vehicle driven by a uniformed patrol officer. This is done to eliminate any doubt that it is indeed a police officer who’s stopping the vehicle.

As Deputy Daly approached the passenger side of the vehicle, Bun emerged firing a weapon. The rounds struck Daly in areas of his body not protected by his ballistic vest—shoulder and abdominal area. Officials believe the round to the abdomen was the fatal shot.

After shooting Deputy Daly, Bun fled into a nearby wooded area where a team of 40 officers quickly assembled and surrounded the section of woods where Bun was likely to be hiding. Once all officers were in place, tactical teams began slowly searching as a helicopter circled overhead.

It was a canine officer and his police dog who first made contact with the suspect. Bun attempted to evade capture but was immediately apprehended by the dog. The teen was transported to the hospital where he was treated for several bite wounds to his head and neck. Ironically, Bun received treatment in the same hospital where Deputy Daly succumbed to his wounds just hours before his killer was admitted.

Deputy Sheriff Rick Daly was a 25-year veteran who loved his job and wanted to help people. 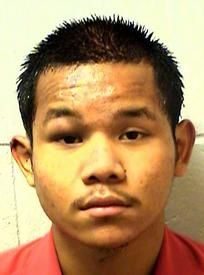 Cop-killer Jonathan Bun, 17, has been charged with one count each of malice murder, felony murder, aggravated assault and possession of a firearm during the commission of a crime. Bun has been released from the hospital and is now in jail at an undisclosed location.