December 16, 2010 – Officer James Lister suffered a fatal heart attack one day after responding to a fight at the university.

December 20, 2010 – Officer Rameas was leading a funeral procession when an SUV suddenly turned in front of his motorcycle. He was unable to avoid a collision with the SUV and died as a result of the injuries he received in the crash. 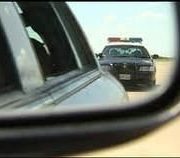 Officer Rameas is survived by his parents.

Midnight Burglar…At My House: Did The Officers Handle The Call Proper...
Scroll to top