Typically, Friday’s Heroes is a weekly tribute to the U.S. law enforcement officers who’ve lost their lives in the line of duty. However, this week we are making an exception to include and honor a remarkable hero from outside the United States. 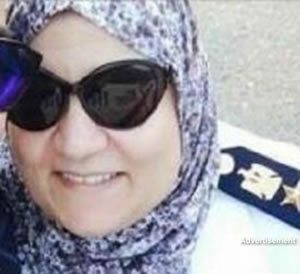 April 9, 2017 – Egyptian Officer Nagwa Abdel-Aleem was on duty, protecting the entrance at St. Mark’s Cathedral in Tanta, about 60 miles north of Cairo, when a suicide bomber (ISIS claimed the attack) approached. Officer Nagwa Abdel-Aleem bravely stood her ground and denied access to the church. The bomber then denoted the device, killing himself and Officer Abdel-Aleem. It is believed the terrorist’s target was Pope Tawadros II, who had left the site a few moments prior to the devastating explosion.

One of Officer Abdel-Aleem’s sons was also killed in the blast. He, too, was a police officer.

April 7, 2017 – Master Sergeant Carl Cosper was killed in a vehicle crash when a bus turned in front of his patrol car, He was responding to a domestic call when the crash occurred.

April 10, 2017 – Deputy Levi Pettway died in a traffic crash when his patrol car left the roadway and struck a tree.

He is survived by his wife.

April 11, 2017 – Trooper Anthony Borostowski was killed in a single car crash at 4 a.m., when his patrol left the roadway and struck a tree.

April 13, 2017 – Master Officer Jason Harris was killed in a crash when, while responding to assist another officer, his department motorcycle struck the rear corner of a car as it turned in front of him. He succumbed to his injuries two days later.

Officer Brittney Roy: The True Definition of a Hero
Scroll to top