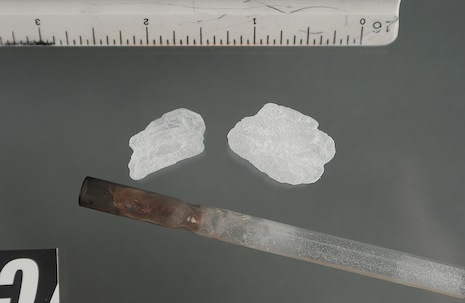 Methamphetamine is a stimulant drug usually used as a white, bitter-tasting powder or a pill. Crystal methamphetamine is a form of the drug that looks like glass fragments or shiny, bluish-white rocks. It is chemically similar to amphetamine [a drug used to treat attention-deficit hyperactivity disorder (ADHD) and narcolepsy, a sleep disorder].

Other common names for methamphetamine include chalk, crank, crystal, ice, meth, and speed.

How do people use methamphetamine?

People can take methamphetamine by:

Because the “high” from the drug both starts and fades quickly, people often take repeated doses in a “binge and crash” pattern. In some cases, people take methamphetamine in a form of binging known as a “run,” giving up food and sleep while continuing to take the drug every few hours for up to several days.

How does methamphetamine affect the brain?

Methamphetamine increases the amount of the natural chemical dopamine in the brain. Dopamine is involved in body movement, motivation, and reinforcement of rewarding behaviors. The drug’s ability to rapidly release high levels of dopamine in reward areas of the brain strongly reinforces drug-taking behavior, making the user want to repeat the experience.

Taking even small amounts of methamphetamine can result in many of the same health effects as those of other stimulants, such as cocaine or amphetamines. These include:

How Do Manufacturers Make Methamphetamine?

Manufacturers make most of the methamphetamine found in the United States in “superlabs” here or, more often, in Mexico. But some also make the drug in small, secret labs with inexpensive over-the-counter ingredients such as pseudoephedrine, a common ingredient in cold medicines. To curb production, the law requires pharmacies and other retail stores to keep a purchase record of products containing pseudoephedrine. A person may only buy a limited amount of those products on a single day.

What are other health effects of methamphetamine? People who inject methamphetamine are at increased risk of contracting infectious diseases such as HIV and hepatitis B and C. These diseases are transmitted through contact with blood or other bodily fluids. Methamphetamine use can also alter judgment and decision-making leading to risky behaviors, such as unprotected sex, which also increases risk for infection.

Methamphetamine use may worsen the progression of HIV/AIDS and its consequences. Studies indicate that HIV causes more injury to nerve cells and more cognitive problems in people who have HIV and use methamphetamine than it does in people who have HIV and don’t use the drug.1 Cognitive problems are those involved with thinking, understanding, learning, and remembering.

Long-term methamphetamine use has many other negative consequences, including:

In addition, continued methamphetamine use causes changes in the brain’s dopamine system that are associated with reduced coordination and impaired verbal learning. In studies of people who used methamphetamine over the long term, severe changes also affected areas of the brain involved with emotion and memory.2This may explain many of the emotional and cognitive problems observed in those who use methamphetamine.

Although some of these brain changes may reverse after being off the drug for a year or more, other changes may not recover even after a long period of abstinence.3 A recent study even suggests that people who used methamphetamine have an increased the risk of developing Parkinson’s disease, a disorder of the nerves that affects movement.4

Are there health effects from exposure to secondhand methamphetamine smoke?

Researchers don’t yet know whether people breathing in secondhand methamphetamine smoke can get high or have other health effects. What they do know is that people can test positive for methamphetamine after exposure to secondhand smoke.5,6More research is needed in this area.

Can a person overdose on methamphetamine?

Yes, a person can overdose on methamphetamine. An overdose occurs when the person uses too much of a drug and has a toxic reaction that results in serious, harmful symptoms or death.

Methamphetamine overdose can lead to stroke, heart attack, or organ problems—such as kidney failure—caused by overheating. These conditions can result in death.

How can a methamphetamine overdose be treated?

Because methamphetamine overdose often leads to a stroke, heart attack, or organ problems, first responders and emergency room doctors try to treat the overdose by treating these conditions, with the intent of:

Yes, methamphetamine is highly addictive. When people stop taking it, withdrawal symptoms can include:

How can people get treatment for methamphetamine addiction?

The most effective treatments for methamphetamine addiction so far are behavioral therapies, such as:

While research is under way, there are currently no government-approved medications to treat methamphetamine addiction.

For more information about methamphetamine, visit our: 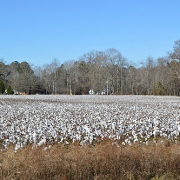