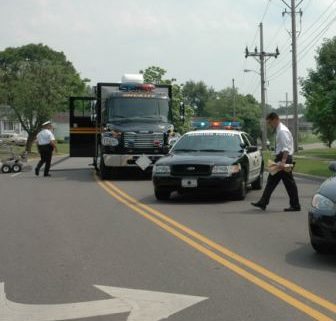 1.  A law enforcement officer dies in the line of duty every 53 hours.

2. Not all police officers have access to ballistic vests. Why don’t they? Sadly, this due to to a lack of funding in their areas.

3. Deputy Sheriffs in Wayne County, Mi. earn $28,284 annually. That’s less than the salaries earned by county tree trimmers and maintenance workers. Some deputies in the area have opted to leave police work in favor of careers at Home Depot or Lowes where the earning potential is greater.

4. Isle of Wight County Virginia Sheriff’s Deputies now wear body cameras in response to the public’s desire that they do so. However, the county schools now want school resource officers to announce that their recorders are on prior to becoming involved in an incident. School officials are also demanding that they have immediate access to the recordings upon request, even if the recording is of a criminal act. What happens, for example, in the case of a school shooting? Must the officers first announce to everyone involved that they are recording the incident before beginning the steps needed to save lives?

5. Remember the infamous typo on the Pinellas County Florida Sheriff’s Office new rug, the one that should’ve read “In God We Trust?” Instead of the desired phrase the company mistakenly printed “In Dog We Trust.” Well, there’s now a hot bidding war going on by people hoping to purchase the rug. So far the highest bid is more than $9,000. For. A. Rug.

8. A Pennsylvania man applying for a job as a trooper was arrested during the polygraph portion of his interview after he stated he’d had sex with an underage girl. After interviewing the now adult woman, the man was charged with additional counts. He was not hired.

9. A Washington man was rudely awakened from a deep sleep when a man being pursued by police rushed into his home and climbed into bed with him. The homeowner told police he wasn’t sure if it was the intruder or the police crashing inside that actually awakened him.

10. ShotSpotter, the gunfire detection system, is now deployed in over 90 U.S. cities. Savannah, Ga. is one of the latest cities to make use of the technology and, according to reliable sources, it is working extremely well. The system displays the locations of gunfire as it happens, allowing officers to respond even before a call by citizens is made. This greatly decreases response time which could potentially save lives and to potentially apprehend criminals before they’re able to flee the shooting scene.

Followon TwitterSubscribeto RSS Feed
WAZE: A Danger To Police Officers, And To You?