“The guy’s abducted like what, twice a year? I think that’s a tad above the national average.” ~ Alexis, speaking about Castle.

Well, last night’s Castle episode surprised me. Parts of it were silly and unrealistic, yes, and both Rick and Kate got kidnapped (yet again), but I loved it. The way the writers jumped right into the middle of things, set a fast pace, and gave the show more of a classic Castle feel, even though this one was heavier on the drama and light on comedy. No LokSat, no idiotic fake breakup, and no unnecessary slaps or slapstick. Just good, solid drama and Rick and Kate at their best. Didn’t matter that I pegged the killer right away. I still loved the intrigue and the intensity.

Sure, Rick and Kate were apart for most of the episode, but the writers still gave us glimpses of their relationship via video and their worry for one another. Then near the end, when they didn’t know if they would live or die if they helped the others escape and then stayed inside that room, they each refused to leave the other’s side. Beautiful… and further proof that they have not broken up. This is the dynamic duo we know and love.

The writers also found a logical way to use Esposito, Ryan, Alexis, and Hayley by putting them to work searching for Rick and Kate. I still don’t see the point of Hayley’s character, but as a friend of mine suggested, they needed someone else in the PI office to interact with Alexis. Yes, she needs to get a real job, so I agree with Lee on that front, but I guess for now this is it. She seems to be doing okay.

Of course, Rick and Kate saved the day in their respective rooms, and we learned Kate knows how to make a bomb. Kind of silly, but also clever in a badass sort of way. I liked it. And the scene at the end back at the loft? Caskett perfection.

This episode is proof that the old formula still works, and the writers should learn a lesson from this: that they need to keep the rest of the episodes in this vein. I predict that if they do, viewers will return. Everyone loves classic Castle. The stupidity of the LokSat arc, not so much.

Please, writers, give us more of the show we know and love.

Well, for once I don’t have a lot to say since there was very little police procedure in this episode. Sure, Lividity Lanie once again relied on knowledge she obtained while attending medical school at VMU (Voodoo Medicine University) and spouted off her usual, “Based on lividity…” nonsense.

I say nonsense, because in order to base anything on lividity you’d have to actually see it.

Gravity pulls blood downward causing it to pool at the lowest points of a body (a dead body lying face up would display lividity, well, on the back, not the front of the body). Therefore, it would be impossible to see lividity on a fully-clothed dead body that’s positioned on her back, as was the case in this episode.

Clothing would need to be removed to see most lividity. Although, it looks as if they may have tried to show some at the jawline of this week’s victim du jour. And, if that’s the case, this could be an indication that the body had been moved at some point.

The staining of tissue caused by lividity normally begins within the first two hours after death. The process reaches it’s full peak in eight to twelve hours.

In fairness to Lanie, it is possible that she removed the victim’s clothing at the scene, examined her, and then re-dressed her before placing her remains into a body bag. Yeah, that happens all the time…not.

The victim du jour. Lividity is present at the LOWEST parts of the body, not on top.

Back to the episode. If we bypass a few things, such as Lividity Lanie, the presence of Hayley (why the *bleep* is she on this show??), the fastest acting poison and antidote in the universe, an exploding gun that fired a bullet in reverse, Beckett making a McGyver-ish bomb powerful enough to blow apart steel locks and a door, the faux minister character/bad guy was smart enough to know that Castle and Beckett are still together, yet super-villain Lokstat can’t figure it out, and, well there were a few more, BUT, all of this aside, I actually enjoyed the show.

I thought the case was clever. Best in a long time. Well, not necessarily the murder, but the two locked-room puzzles. I did think we were cheated a bit at the end when out of the blue the solution to the mystery was simply handed to us out of the blue. Still, as Melanie pointed out to me this morning, they had a lot to pack into the episode in a very short time.

So…good job. this was an episode reminiscent of days long ago. The good times when Castle was smart, instead of the clownish buffoon we’ve seen lately.

Other points I found interesting:

– the mention of the scent of Playdough. Good memories there.

– Even though the plot this week was filled with tension, the show didn’t have the recent feel of evil darkness and gloom and doom hanging over it. I think they may have finally paid the electric bill and used a bit of lighting, for a change.

– Not enough Ryan and Esposito. Speaking of those two, though, the scene where they and Hayley, and finally Alexis, rushed into the room where Castle and Beckett awaited rescue…well, it was a very cheesy scene. It was like watching an old black and white episode of the Lone Ranger or Superman, where the hero showed up at the last minute to clumsily save the weekly damsel in distress.

I know my portion of the review didn’t sound like it, but I enjoyed this episode. I hope they keep it up, but… 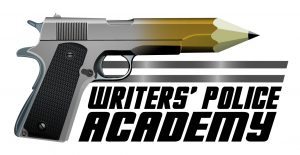 Thanks to the hundreds of people who signed up last weekend to attend the Writers’ Police Academy! The event this year is nothing short of spectacular, exciting, thrilling, and heart-pounding, and that’s why we say it is THE event of the year.  We deeply appreciate your support.

By the way, after the huge rush of Writers’ Police Academy registrations, we still have a couple of available spots (we have more space this year). We’ll keep those open for a while longer in case someone does not want to miss THE event of the year.

Finally, I’d like to remind you to please reserve your hotel rooms asap. The hotel sales staff told me last week they were pleased at quickly they’re going, even before registration opened. 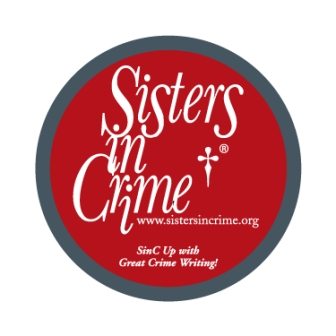 *Remember, Sisters in Crime, a major sponsor of the WPA, offers a huge discount to their members attending for the first time. Not a member? No problem. simply join SinC prior to registering and you’ll receive the $150 discount!