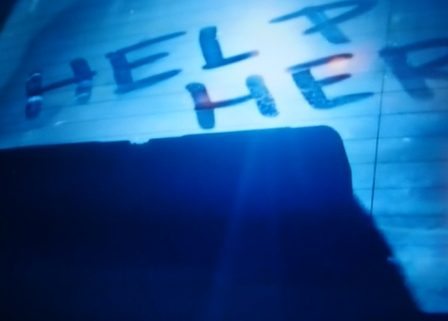 “It’s not just the murder he likes, it’s the game.” ~ Castle

I enjoyed this week’s episode, the second of two parts, much better than I did last week’s show. Kate was kidnapped at the end of that one after going off alone to chase a lead, something we all agreed was dumb and a bit ho-hum… and now Rick has to find her. Of course, he’s not a cop, and he gets into trouble right away when he goes rogue to find his wife. I’m sure Lee will have a lot to say about this, but frankly, I bought it hook, line, and sinker.

Rick’s love for Kate is apparent from the get-go, when he first loses his temper with Mike Boudreaux/Jerry Tyson, and Ryan has to contain him. The boys won’t let him violate the jerk’s civil rights (too bad), but later Rick returns packing heat and gets himself arrested for assault. Not smart, Rick. Not smart, but inevitable when he’s fighting to find the woman he loves. We saw him go off the rails and take the law into his own hands when Alexis was kidnapped and whisked off to France in season five, so we shouldn’t be surprised by this. Rick’s dark side comes out when the people he loves, and himself by proxy, are in danger. Lone wolf Rick scares me. Nathan did a fabulous job in this one. Wow. I wouldn’t want to get on his bad side. 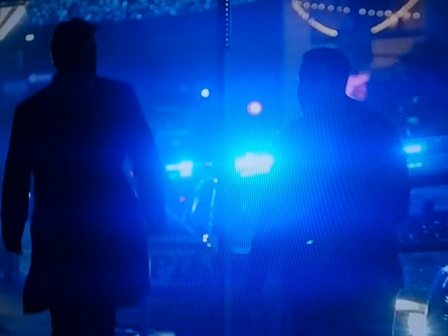 The episode took us on a roller coaster of emotion, from fake Kate—most of us had probably already decided the woman in the chair wasn’t her after seeing last week’s promo—to Rick going off on his own to catch Tyson. I thought he’d taken a page from Kate’s book and taken off by himself to find her, but the writers turned the tables on me this time and had him working with Ryan and Esposito all along. Yay for Espo’s military training. He took out 3XK with one shot.

I cheered again—and gasped—when Kate finally unraveled the string holding one of her restraints in place and grabbed Neiman’s wrist. Wow. What a powerful moment. Kate doesn’t need a knight in shining armor to rescue her. No, she took care of Neiman all on her own, with Neiman’s own scalpel, no less. The chilling moment when Rick found Kate partially covered in Neiman’s blood made my heart pound. Their relieved hug told me everything would be okay.

The last scene, of course, was my favorite. I like that Kate was mostly silent and seemed haunted by what she had done. Who wouldn’t be after killing someone and feeling their warm blood coat your hand? Shiver. Great job, Stana. Both she and Nathan outdid themselves in this one. I give it a big thumbs up, although I do wonder if they ever let Amy out of the trunk of Rick’s Buick. <g>

Next week’s episode, The Wrong Stuff, looks to be much lighter, and I’m glad. After this wild ride, we all need a chance to breathe. Boy, do I love this show.

Well, Melanie’s and my thoughts on this episode couldn’t be any further apart. I thought the entire story was predictable, cliche’, and a bit boring. And, the method the writers used to take us from A – Z was downright lazy. I’m mean, come on, to use the flashback thing where we see Castle’s ENTIRE conversation during the briefing was not him thinking out loud, but Castle, Ryan, and Esposito plotting how to catch this never-ending 3XK character.

Fillion did a great job of playing his part, though. His emotions seemed quite realistic and he nicely pulled off playing a solemn role this week. Typically he’s at his best when humor is involved, so it was a nice touch to see him wear his serious face.

The rest of the show, for me, was far too much super-villainish nonsense.

Anyway, there wasn’t a lot of police procedure to pick apart this week, and what was there was, well, it’s fairly safe to assume, writers, that you should not use this particular episode as a research guide for your next bestseller. Unless, that is, you’re going for a total BS/fantasy plot.

A couple of points.

– Castle writers really need to be more consistent. One week we hear Beckett properly use the term/acronym BOLO (Be On The Lookout), and the next, she or one of her crew uses APB (All Points Bulletin). Typically, APB hasn’t been used since cops were well-respected in this country. And that, my friends, was a looooong time ago. Writers, it’s BOLO!

– Super-Tech Analyst Tory was able to dissect the audio recording of Beckett screaming for help, and then locate and piece together together clips from other audio files to determine the found recording was a product of 3XK, not Beckett begging for help. And, she did it all in a matter of minutes. She. Is. Amazing. In her spare time, Super Tory needs to solve the issues of world peace, curing cancer, terrorism, poverty, and the California drought. I’m sure she could do all that and still have time to rescue a cat from a tree before heading home for the day. And she does all of this without ever sitting down! Do I really need to point out that this stuff is total fiction?

– Castle visits Tyson’s former cellmate to ask for information about 3XK. The prisoner used the term “cellie” when referring to the person with whom he once shared a cell. Cellie is indeed actual lingo/slang used by prison inmates.

– The standing ovation Beckett received when returning to the precinct was silly. After all, I’d think that by now seeing Beckett return after being kidnapped would be just another day at the office. Same old, same old. Just like Castle losing his gun to Tyson this week. Who didn’t see that coming?

– Castle’s a mega-rich author who once drove high-end sports cars, but now drives a Buick, the brand faithfully driven by my grandfather?? Gee, I wonder who’s sponsoring the show? I haven’t pulled out the stopwatch, but I’m sure Espo and Ryan receive less camera time than the Buick logo.

Finally, I certainly hope Castle remembers to feed the woman who’s now living in the trunk of his car.