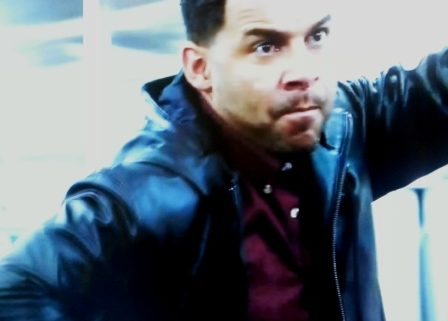 “No, I didn’t lose him. I just don’t have visual contact.” ~ Esposito

Drama and tension replaced last week’s lighthearted take on the Old West in the latest episode of Castle. Drama and tension in the form of Esposito held hostage on the subway, with Rick, Kate, and the rest of the crew racing to figure out why the man in question had snapped. Or had he? He might have planned the incident, or even something worse. Either way, he had detained one of their own at gunpoint, then revealed he wore a suicide vest held in check by only a dead man’s switch. The episode focused on the case rather than on the Rick-Kate romance/marriage, but did give us a glimpse of something building between Esposito and Lanie. Finally.

I’ll let Lee handle the bulk of the review because the episode was so case heavy, but I do want to say that the beginning of the episode brought us much of the same banter we’re used to seeing between Rick and Kate, despite their recent marriage. I guess some things never change. And apparently events of late, namely Rick’s disappearance, his and Kate’s wedding, and Esposito’s own unexpected brush with death have made Esposito rethink his fear of a deeper relationship with Lanie. I believe he’s thinking that life’s too short to waste any more time. What do you think after the way he hugged her at the end of the episode? She was worried sick about him, too. Uh huh. Something is definitely brewing there. 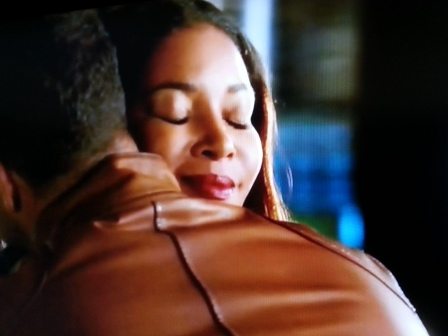 From what I hear, we’ll see a lot more movement on the Esposito-Lanie front in at least one more episode before the winter hiatus. I’m not surprised. Those two have always gravitated toward one another, and life events have scared them both. Guess we’ll all just have to wait and see.

Looks like next week’s episode brings us back to the lighter side of Castle. Can’t wait to see what happens!

This one was just okay for me. Of course, Lanie presented her typical “cause of death” announcement at the scene. Sure, a big, round hole in the center of the forehead is an excellent indicator that internal damage caused by whatever made the cavern did indeed cause the demise of the victim. Still, he could have been, for example, poisoned by a jealous wife who then stole her lover’s handgun to make it look as if he, not her, killed the victim. Stranger things have happened, believe me.

Then there was Beckett who picked up a scrap of material of some sort and then announced that the killer used a backpack or cloth to muffle the shot. Dumb! Dumb! Dumb! What, does the NYPD not have access to laboratories and/or scientists?

*A round hole in the flesh, or anywhere else, actually, is not always caused by a bullet. Nor does a scrap of burned material always, if ever, indicate a backpack or cloth was used as a silencer on the weapon that made a round hole.

Other procedure faux pas include Esposito giving up his weapon to a bad guy (I won’t mention the fact that this was the umpteenth time one of the crew has been taken hostage). No, no, and NO!! Not now, not ever! You know they should know better after all this time, right? 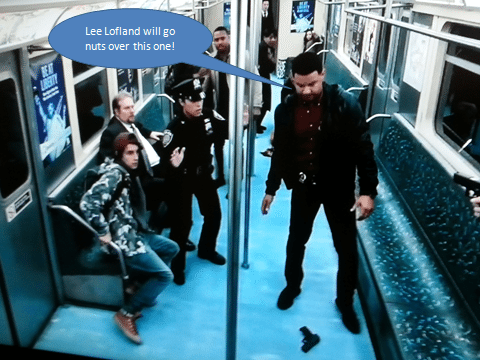 The uniformed officer had her service weapon taken from her in a single, very easy tug from the bad guy. 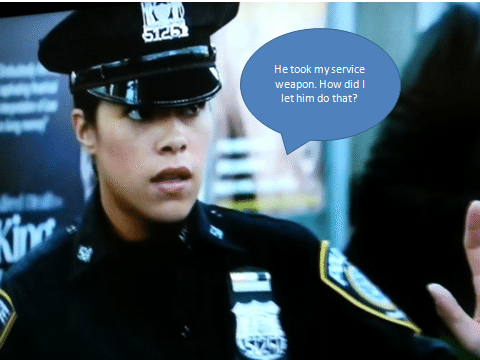 Actually, it’s not quite that easy to pull a sidearm from a cop’s holster. Officers carry their pistols in holsters that are designed to provide a maximum level of retention/security. Therefore, it’s a bit of a chore to remove a gun from the security holsters worn by most officers. Not impossible, just not easy.

This question is for WPA attendees who participated in Eli Jackson’s (Author’s Combat Academy) weapon disarming and retention workshop. Do you believe Esposito should have attempted to disarm the villain du jour when he grabbed Espo’s phone from his pocket?

1. If the virus was so deadly, then why were Beckett and Castle not wearing protective gear/clothing when they visited the infected killer’s hospital room?

2. “You gold shield guys always act like you’re better than us.” ~ Uniformed officer to Espo, referring to detectives (gold shields).

We are better than you.” ~ Esposito.

For various reasons, these feelings do exist within departments.

5. Tori, the IT person, is truly getting under my skin. Her instant access to everything, everywhere is absolutely annoying.

Finally, I did enjoy seeing Esposito handle the tense hostage situation. He does a great job portraying a police officer. Not quite to the levels we saw on Southland (Michael Cudlitz and crew), but still very nice. The same for Ryan, but in a way that’s complimentary to their role as partners. Another nice touch was the emotional connection between the detectives. They’re close friends, like officers in the real world, and it’s a bond that often lasts a lifetime.

Deadly Force: Yes, An Unarmed Teen Could Kill You
Scroll to top