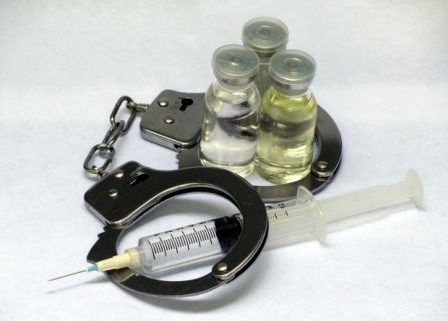 Federal Judge Cormac J. Carney ruled that California’s death penalty is unconstitutional, dysfunctional, and beyond repair. In his ruling, the judge said California’s system is so broken that inmates are left wondering about their fates for decades, or more. In other words, death sentences in the Golden State have been transformed into life sentences with a slight chance that they’ll end in the inmate’s death. More than likely, though, that death would be due to natural causes, not by the hand of an executioner.

The death penalty in California basically serves no purpose. That’s no shock to anyone who’s ever followed one of their death penalty cases (Scott Peterson comes to mind). But how does it compare to the rest of the country? Does the sentencing phase of a death penalty case in California stand on equal ground with other areas of the country? Of course not. California jurors don’t face the same pressures as do their counterparts in…well, let’s say Texas. Texas jurors, when they sentence someone to die you’d better believe they know that within a reasonable amount of time (if you can believe that 10 years, or so, is reasonable) the state is going to kill that prisoner. California…not so much. In fact, the last inmate executed in California, Clarence Ray Allen, spent 26 long years on death row.

Terri Lynn Winchell, a 17-year old Lodi, Ca. girl, was murdered 34 years ago. Her killer, Michael Morales, was sentenced to death for the murder. As his execution date finally rolled around, in 2006, a federal judge ordered a hold on all death penalty cases due to a court challenge of the state’s lethal injection process. The hold is still in place because the state has yet to submit a suitable method of lethal injection for the courts to review.

It will most likely be many years before this mess is sorted out. Until then, nearly 800 men and women sit on California’s death row, mocking a system that spins its wheels while costing taxpayers staggering amounts of money. For starters, the cost of a death penalty trial and one appeal (attorneys, experts, etc.) can exceed a standard criminal trial by $1.5 million, or more.

To put the numbers in perspective, it costs California approximately $137 million annually to house death row inmates. In comparison, the cost to house non death penalty inmates, including those serving life without the possibility of parole (which is basically the same sentenced served by death row inmates in California) is over $11.5 million.

Let’s not stop there, though. Let’s dig a bit deeper into the costs associated with California death penalty cases.

– The Supreme Court automatically considers all capital cases if a sentence of death is handed down – the Court’s budget for hearing these cases is well over $15 million.

Shall I go on? Okay, one more, out of many. The state funded Habeas Corpus Resource Center has a budget of over $13 million to assist indigent inmates with their appeals.

Is it truly worthwhile to spend the extra bazillion dollars just to see the words “condemned to death” on a piece of paper? After all, in most California death penalty cases, those two words mean about as much as the cost of the paper on which they’re printed…not much.

Why not convert all death penalty cases to life in prison without parole and call it a day. The state could then put those savings toward desalination plants or other means to ease the drought. By the way, I saw where California just passed water restriction regulations that include a fine of $500 per day to residents who waste water (hosing off your driveway, washing a car without a nozzle, etc.). Yet, a city-owned park near our new home ran mega-giant sprinklers 24 hours per day for a week to water a soccer field that hasn’t been used in months. Well, let me back up a bit. The field hasn’t been entirely vacant. A couple of homeless guys have been sleeping near the fence beneath the shade of two large eucalyptus trees.

After a couple of days of non-stop watering, there was so much standing H2O that birds and other wildlife played in it for days, splashing and bathing and sliding around. I’m sure the two homeless men enjoyed the entertainment.

I wonder if the same people in charge of water conservation also control collected tax money and corrections budgets? For some reason, when I close my eyes and picture them, this is what comes to mind… 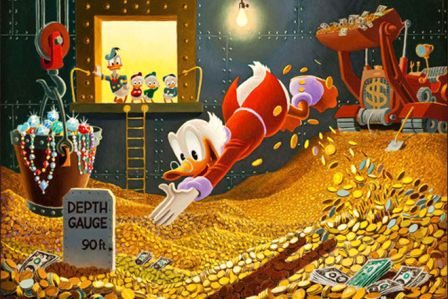 *Also in Judge Carney’s Wednesday ruling was the stay of execution for Ernest Dewayne Jones, who’s been on death row for almost 20 years for the rape and murder of a Southern California accountant.