Prisons and jails in this country are a big business. A huge business, actually. In fact, well over 2 million people are currently incarcerated in the 5,000 prisons and jails across the U.S.. Obviously, 2 million people is a huge number of folks who must eat, wear clothing of some type, use hygiene products, etc., and those same 2 million people are unable to run out to the nearest mall or restaurant when a need arises. Besides, it’s the government’s responsibility to see to it that an inmate’s basic needs are met. Therefore, a plethora of businesses cater specifically to the prison industry.

Bob Barker Company is a huge, extremely successful business that depends solely upon incarcerated men and women for its income. However, there’s a unique twist to this particular company’s business plan. They run a nonprofit, the BBC Foundation, that’s in place solely to help reduce recidivism. Yes, they actually try their best to prevent prisoners, the very people whom they depend upon to generate income, from returning to a life of incarceration.

Each year, the Bob Barker Company sets aside 10% of their profits to help support two commitments—local nonprofits and church ministries in their communities, and the BBC Foundation. They’ve set aside a $5 million endowment to help reach their support goals. In addition, BBC has awarded over $1 million to community-based projects.

Over 9.25 million people are incarcerated throughout the world, a number that’s approximately equal to the population of the state of North Carolina. The U.S. has nearly 25% of the world’s prison population despite having only 5% of the world’s population. In other words, prison is a big business in the U.S.

The likelihood of Americans landing in prison?

The United States currently has over 7 million people under some form of correctional supervision. Of the 7 million…

In 2011, one in every 107 U.S. adult citizens was incarcerated in prison or jail. A staggering 1 in every 34 adults were on probation or parole or other form of correctional supervision.

50% of those people housed in jails have not yet been convicted of a crime.

The U.S. spends approximately $48.5 billion per year on corrections. That figure equals to somewhere around $5.5 million per hour or, $92,000 per minute.

60% of all released inmates return within 3 years. Why? Well, I think we should look at some of the factors that may play a role in their lives of crime. First…

3. As children, many were physically or sexually abused.

4. Approximately 20% are illiterate. 40% are functionally illiterate.

5. 40% do not have a high school diploma or GED. 17% have an 8th grade education or less. Actually, the average inmate has a 10th grade education, yet only 3% of the prison population is offered an opportunity to  attend educational classes.

*Those of you who have a copy of my book on police procedure may recall the title of chapter 11, Drugs, Not Money, Are the Root of All Evil.

7. 16% of all prisoners have a significant mental illness. 40% have mental problems.

8. Over 50% were on probation or parole at the time of arrest.

11. Children with incarcerated parents are 5 times more likely to be arrested/incarcerated.

12. 96% of all prisoners will someday be released back into society.

The Bob Barker Foundation’s mission (per the company website) is to develop and support programs that help incarcerated individuals successfully reenter society and stay out for life. 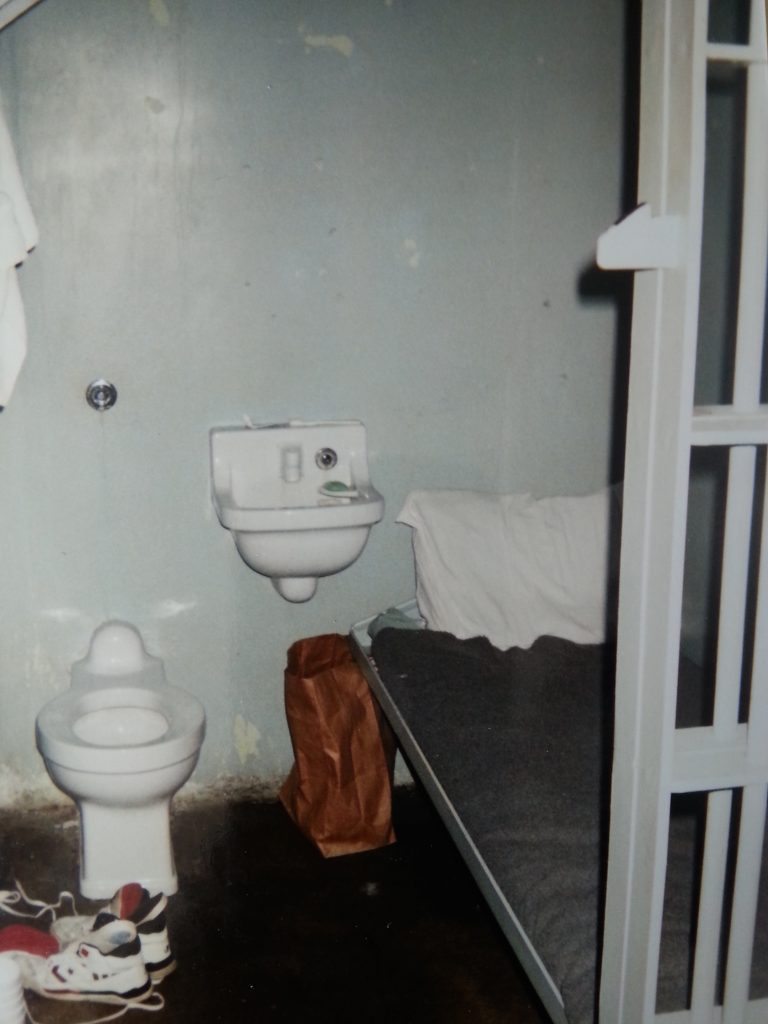 It’s extremely difficult for former prisoners to become productive members of society. They’re branded for life with a record that follows them forever, and a criminal record will absolutely prevent most of them from securing decent employment. Sure, some will never change no matter how many programs are in place to help them. But, there are others who simply made a mistake, for whatever reason, and would never, ever do anything that would land them back in prison. However, their choices are slim. There are no second chances. Their “debt to society” is never repaid.

In some areas, convicted felons may NOT, work as movers or barbers, or hold public office. Felons may not hold certain licenses, such as a license to work as an electrician. Public housing is not available to them, nor are education grants/loans available for those convicted of most drug crimes.

So, yeah, avoiding a return trip to prison is a tough hurdle to overcome. Perhaps, having a goal to work toward, such as erasing the record of one-time offenders (for non-violent offenses) after ten years of squeaky clean behavior and contributing to the community, would go a long way toward reducing recidivism.

After all, many people are in jail or have criminal records because they were caught and arrested for doing the exact same things our current president admitted to doing (drug use) but was never caught by authorities. His message… I’m the president of the U.S. and I’ve broken the law several times, but didn’t get caught so I’m good to go. You, though, were nabbed doing the same thing so you now can never hold public office or work as a barber (even though the felon trained and worked as a barber while serving time in prison). And, to continue to punish you for the rest of your life (for something he, too, did and openly discusses), we’re not going to allow you to get an education or to have a place to live.

*This post is not an endorsement for Bob Barker Company or its affiliates.