One of my favorite things about The Graveyard Shift is the way Lee Lofland pulls lessons out of current events. While I don’t have the law enforcement experience he can offer, I’d like to contribute to that tradition in my own way. Let’s talk about switchblades (aka automatic) and assisted opening knives.

As I’m sure many of you are aware, a man named Freddie Gray died after his arrest by Baltimore police this past April. There’s plenty to discuss about the context of his arrest and death, but I want to focus on the reason police cited for making the arrest. Gray apparently had a switchblade clipped into his pocket. Concealed carry of switchblades is illegal under Maryland law, and prohibited by Baltimore city code. However, it appears Gray may have actually carried an assisted opening knife, which is legal. The jury (figuratively) is still out on that.

What’s the difference? Why would these two knife types – one illegal, one legal – be confused?

If you’re familiar with switchblades from pop culture, you already know that they open with an iconic “pop.” What you might not know is what makes a knife a switchblade. By federal law, and most state laws, there are two distinct features:

This doesn’t sound like much of a difference, but the legal impact is significant. Switchblades are restricted across much of the U.S., although there are exceptions. Assisted opening knives are legal and popular almost everywhere.

To the eye, however, both types of knives look identical. They both open in flash with that iconic “pop.” As with much of firearms and knives, looks are deceiving. Function, not form, is what matters.

Adding to the confusion is the recency of assisted openers. They’ve been around only since the mid-1990s, but it took until 2009 for an amendment to the 1958 Federal Switchblade Act to specifically exempt assisted openers. Many states followed suit. That doesn’t change the fact most people can’t tell the difference, including law enforcement officers needing to make a quick decision.

If you’re new to knives and want to learn more about them in the real world, start with basic folders and reference the laws in your area. You might even check out the commemorative folding knife celebrating my new Writer’s Digest book that I’m giving away on my website, CrimeFictionBook.com, but that’s up to you.

Benjamin Sobieck is the author of The Writer’s Guide to Weapons: A Practical Reference for Using Firearms and Knives in Fiction (Writer’s Digest Books, summer 2015) and several crime fiction works. His website is CrimeFictionBook.com. 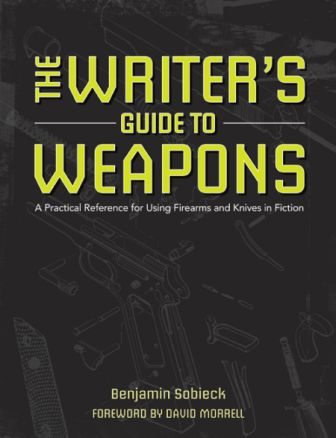 things to remember
Scroll to top