Things you may or may not know about me. Yes, someone challenged me to compose a list of twenty-five.

Here’s twenty-two. One statement is a lie. Three are top secret. Can you spot the false statement?

1. I do not edit this blog. What you see is each day is usually a first pass, and the errors found on the site are sometimes pretty funny.

2. Things not discussed on this blog—politics, gun control, religion, sex. Why not? Just take a peek at the bloodbath known as Facebook and you’ll see why I choose to not wade into a battle that no one could possibly win. 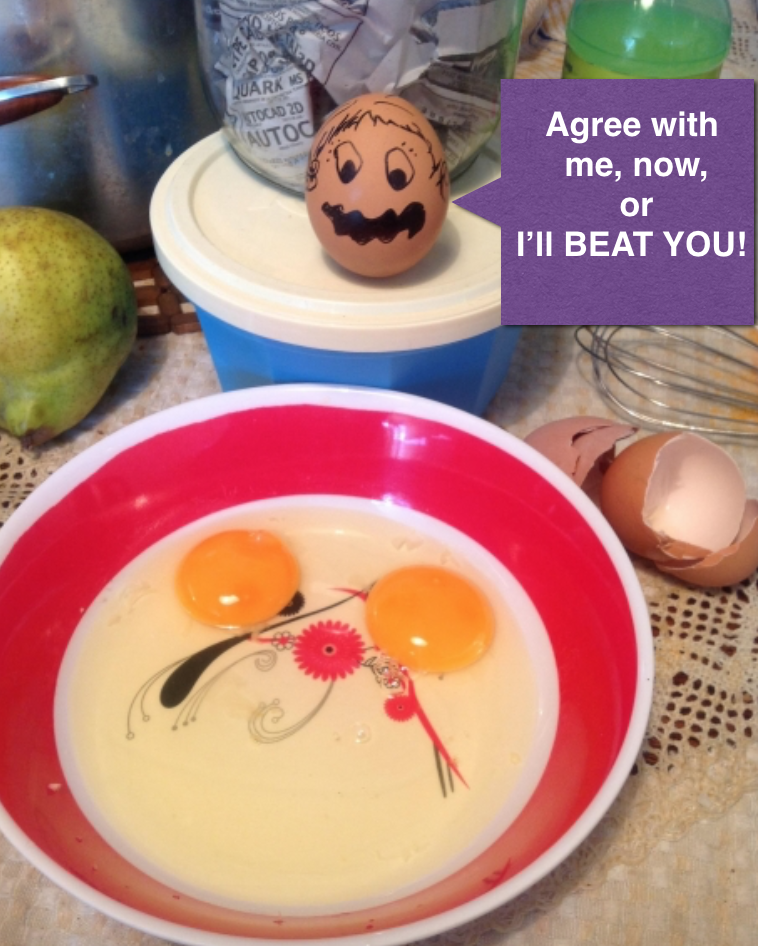 By the way, thanks to all the insane gnashing of teeth and bickering and name-calling and fake news, I’ve stopped reading Facebook posts. Nada. Nothing. I surrender. The hatred won. So I’m sorry if I’m missing your good news, but I prefer to remember my friends as, well, my friends. I still post news to social media, but to subject myself to seeing friends at each other’s throats, calling one another ever vile name in the book … no thanks.

So no more reading things on social media for me. Not for a while.

3. I started this blog in January, nine years ago, and I’ve missed only a couple of days of offering new articles. I even wrote and posted a morphine-induced article mere minutes after waking up from major neck surgery. However, I missed yesterday. My excuse—tons of 2017 Writers’ Police Academy details to work out.

4. I enjoy music quite a bit, and I play, or have played several instruments, including guitar, bass guitar, drums, trumpet, tuba, french horn, and clarinet. Well, the clarinet thing was a passing fancy, but the others I’ve played with some degree of success. I’ve played guitar, bass, drums, and/or trumpet in numerous bands over the years. I sat first chair, first trumpet (soloist) in our concert band and with the marching and jazz bands.

I learned to play the trumpet in an odd way.

I played tuba in the junior high band (some of us younger folks also performed with our award-winning high school marching band). As odd luck would have it, we were scheduled to play for a homecoming parade and halftime show at a well-known university when the lead trumpet player became ill and couldn’t perform.

I’d never played the trumpet in public and really didn’t know how. Couldn’t even read the music since tuba sheet music is in written bass clef and trumpet is in treble, meaning the notes on the staff have differing values (a note on the staff for a trumpet, while located in the same spot, is different than a note in the same position when played on a tuba). 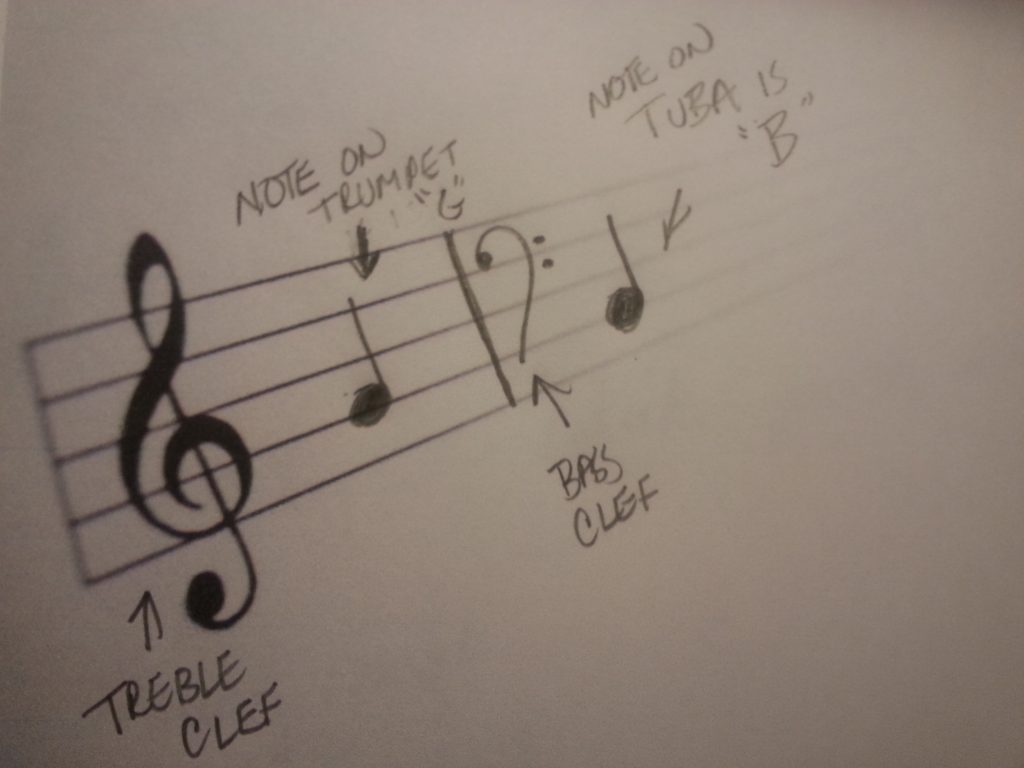 A tiny bit of music theory here, to help you better understand how complex this situation was for me:

The Treble Clef spirals around the second line from the bottom. This spiral tells us that notes on this line are G.

The Bass Clef has two dots, above and below the second line from the top. The dots indicate that this line is F.

Clear as mud, right? But, is it merely fuel to assist in a convincing lie? 🙂

Anyway, the band director came to me, extremely distraught, and asked if I thought I could play the trumpet parts if he wrote the valve positions (which valve to press for each note) beneath the notes. 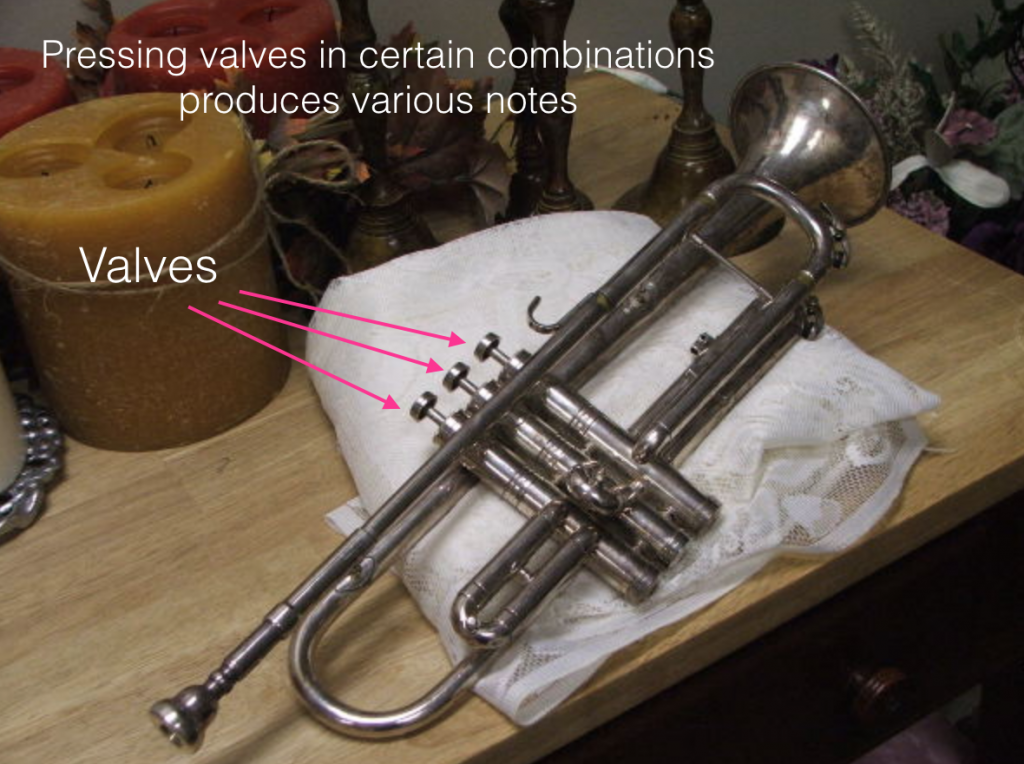 We had two trumpet-heavy songs to perform, both by Herb Alpert and the Tijuana Brass—A Taste of Honey and Tijuana Taxi. So there I went, marching with the band (left, right, left, right, and so on, lifting my knees parallel to the ground and toes pointed down) with a piece of sheet music attached to the lyre hooked to my borrowed horn. 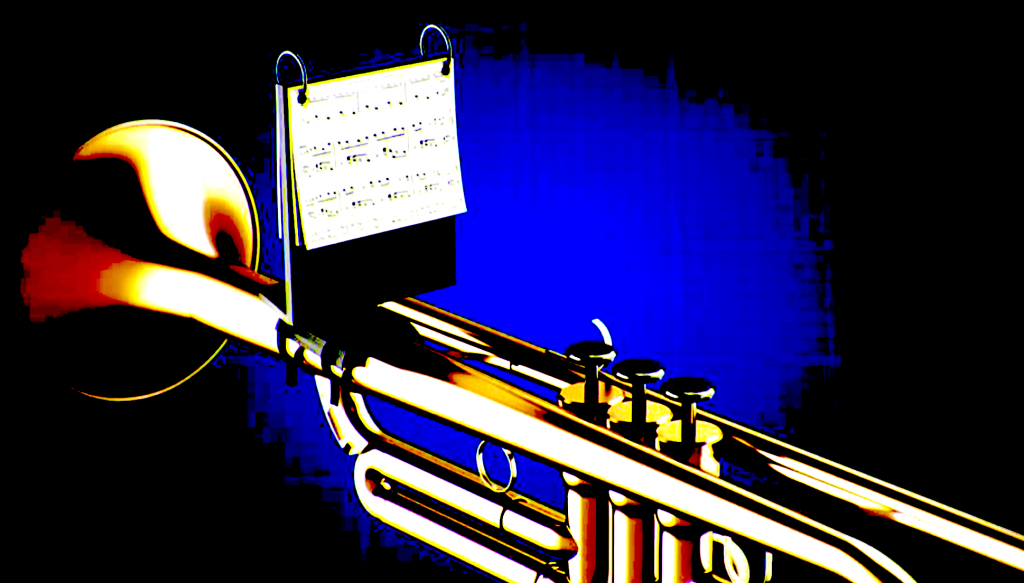 Before handing me the sheet music, the band director used a pencil to mark the valve positions for each note on the page. Otherwise, I had no clue which note was which.

This is similar to what I had to go by, tiny sheets of music marked with crude drawings of valve positions and note names. And I had to decipher this in real time while marching! 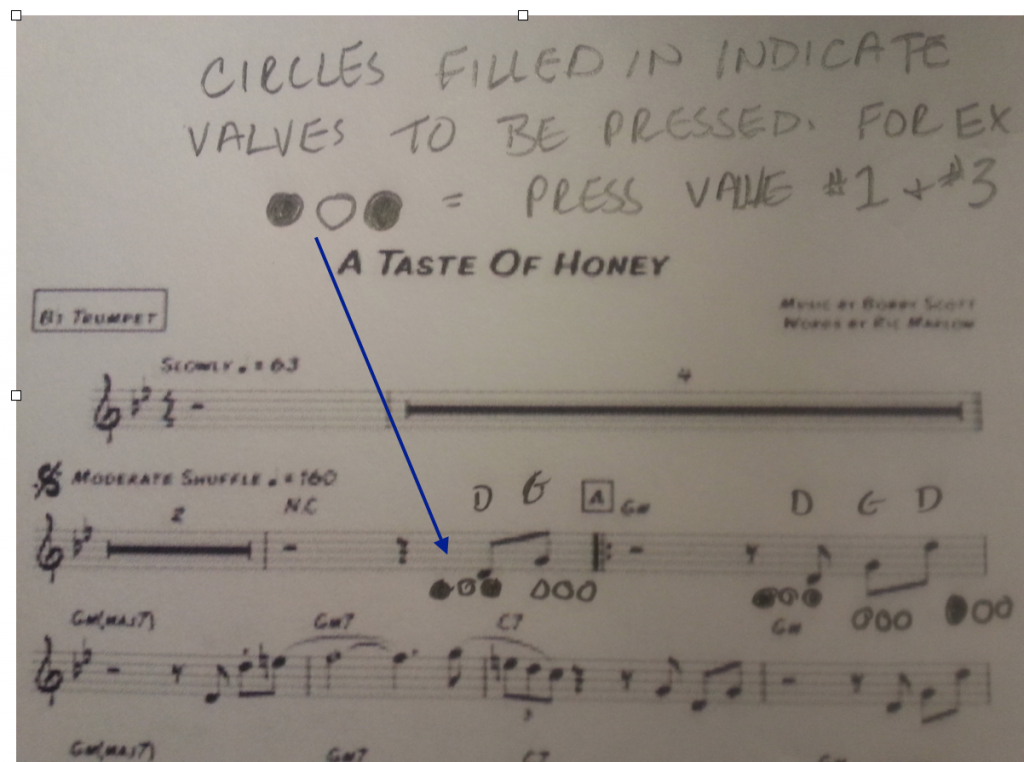 Anyway, I got through it and, remarkably, we won the first place award for best marching band in the parade. The halftime show was also a success, in spite of having to change the routine a bit since I was then in a new position.

With knees knocking and fear plucking every nerve, I played a trumpet solo, right there on the 50 yard line at a major U.S. university. Remember, this was my first time in public playing a trumpet, and I did not know how! But I’ve always been ready for challenge. However, I’m sort of done with challenges these days. Now, I opt for quiet, calm, and peace. Except, of course, during the Writers’ Police Academy! By the way, my switch to trumpet became a permanent move, from that day forward.

5. Denene and I once owned a really nice gym, a remodeling company, a music store, and a computer business. We’ve also owned rental property. and even that time

6. I enjoy small woodworking projects, when I have the time. I have also been known to do larger jobs, such as room additions and roofing. I made these a while back. 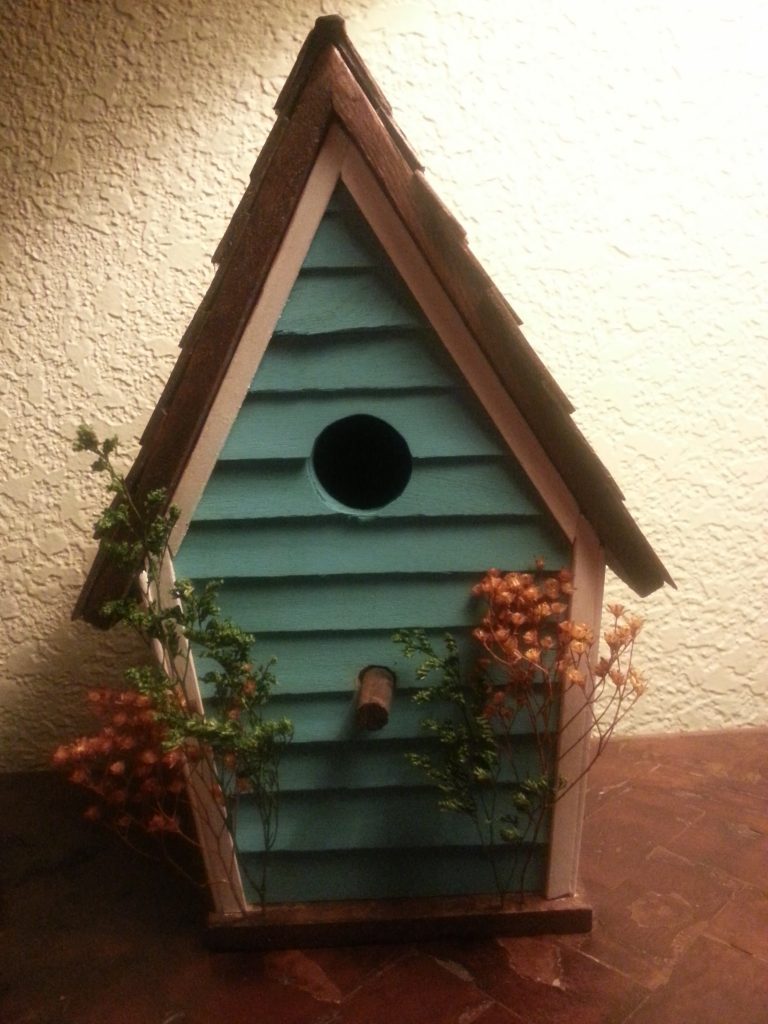 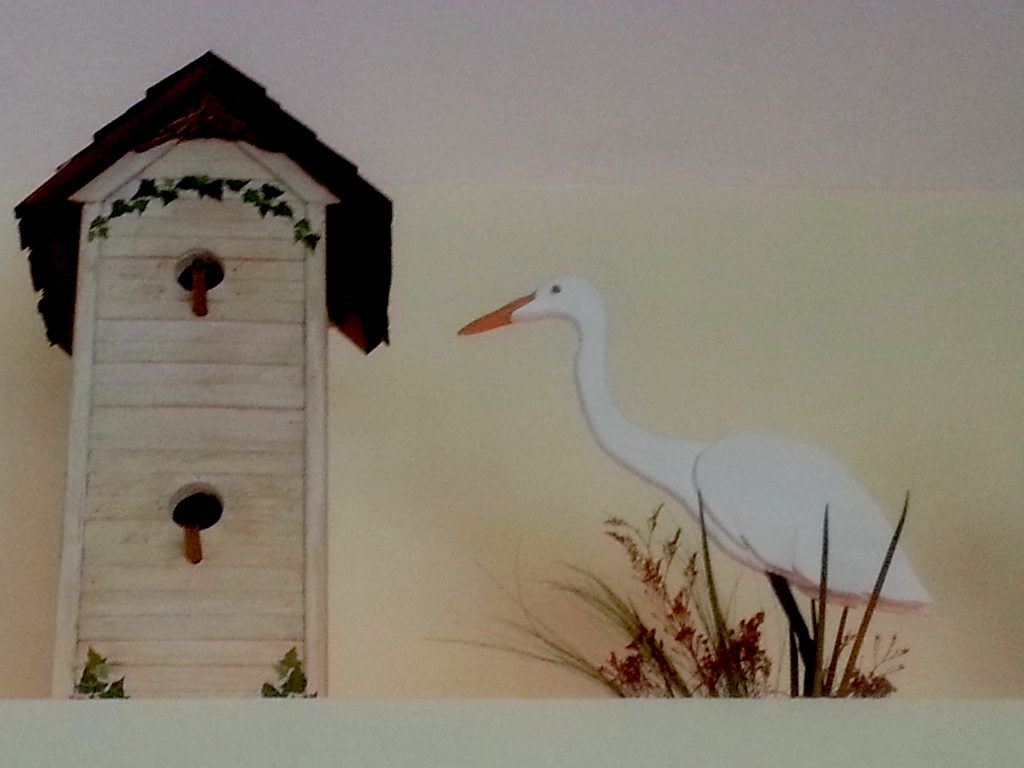 7. I was once in a nice restaurant, enjoying a delicious bowl of clam chowder, when one of the Oak Ridge Boys, who was also at our table, started singing to my wife, Denene.

8. I, unlike you guys, knew prior to showing the video at the WPA, that Michael Cudlitz (star of The Walking Dead, Southland, and the Band of Brothers), was not wearing pants when he shot the recording announcing the winner of the Writers’ Police Academy Golden Donut Short Story Contest. He’d forgotten to do the video for us, but remembered it after he’d gone to bed. So he got up, slipped on a shirt, and … well, I’ll bet you view the video differently now!

9. I once taught self-defense and rape prevention to college students. The program was part of the schools’ orientation for new students.

10. I taught business math at a Virginia High School. Deciding it would be safer and less stressful to work as a police officer, I made the change.

11. I was a Boy Scout camp counselor for a few years. My jobs during that time included teaching archery and rifle and shotgun, and overseeing some of the daily operation of the camp dining hall. I also served as camp bugler.

14. I, my brother, and a friend won a karaoke contest. Our song? “Stop, in the Name of Love” by The Supremes.

15. My brother, the same friend, and I were fishing in a narrow but deep river. I tossed out my line, hoping to catch a nice large-mouth bass. When I made the cast, the lure went up and over a tree branch before coming to a stop four feet above the surface of water. Unsure how I was going to retrieve the lure, we began to paddle closer to it to try. Suddenly, a huge bass leapt from the water and swallowed the lure, leaving the large fish dangling from the line, like a yo-yo at the bottom of a long string. Just as I was about to grab the fish (the largest of the day, by the way) the bass let go and fell into the water, never to be seen again.

16. I was a high-jumper and sprinter on my high school track team.

17. For extra money, I once worked a part-time job where I repaired damaged (new, and empty) wooden caskets.

18. A doctor once told me I was at the end of my life and I should get my affairs in order, immediately. However, I lived.

19. I have worked as a laborer, pulling tobacco and picking cotton from sunup to sundown. My pay was $3 per day plus meals, one Pepsi, and a package of snack crackers. I worked on this farm for an entire summer, vowing each day to never, ever do it again. 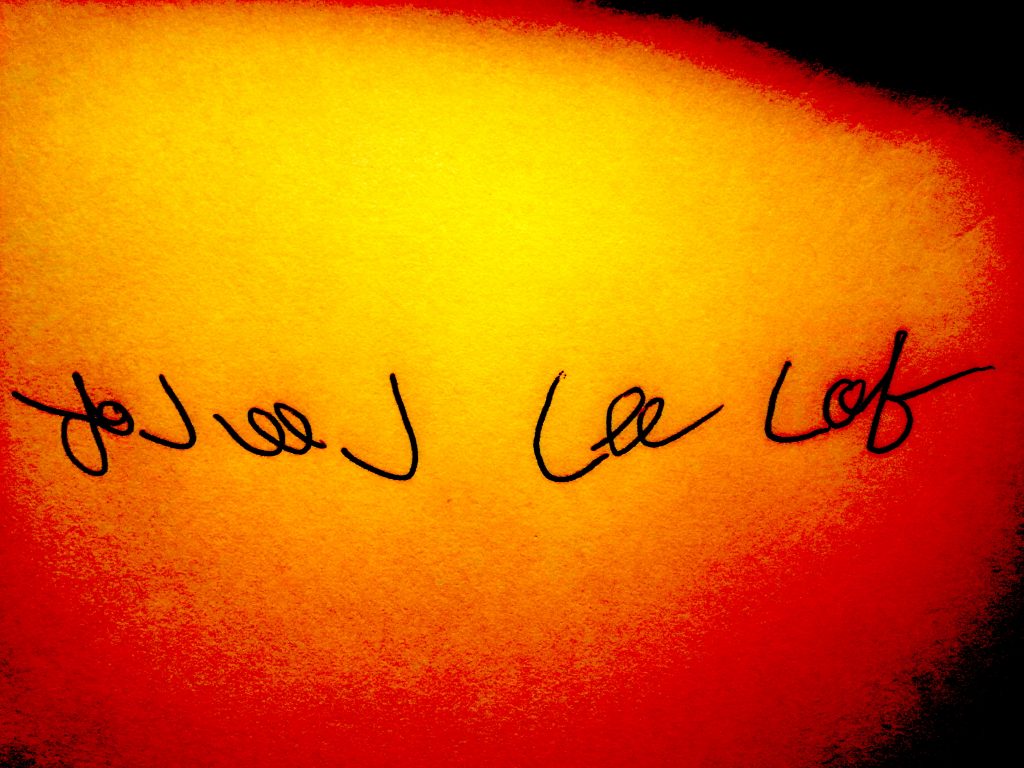 Hey, DaVinci could do it too. If it’s good enough for him … Or, are we both lying about this unusual ability?

21. I was called to assist with catching a guy who’d overpowered a wiry jail officer to escape his cell. When I went in the back (that’s what we called going inside the high security area) the prisoner was standing next to a supply room throwing rolls of toilet tissue at the skinny and distraught jailer who was trying to catch him. The prisoner was 6′-5″ and the jailer was 5′-6″ and weighed 120 lbs. on a heavy day. Hilarious sight.

So that’s it for me. Were you able to use your highly-honed detective skills to spot the false “fact?”

What about you? What’s one thing we don’t know about you? Remember, no politics, gun control, religion, or sex. Hmm … omitting those topics might leave some people with nothing to say … 🙂