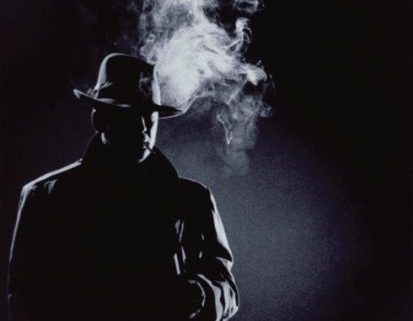 Have you got what it takes to join the ranks of the world’s crime-solvers?

Sure, many people secretly long to clip a badge to their belts and then set out on the never-ending quest to save … well, everyone. But, there are a few things you should think about before you give up your day job to begin the hunt for your first serial killer. I’m betting you just might change your mind once you know that …

1. Bad guys and gals are rarely as attractive and well-groomed as those you see on TV. Instead, they often have poor hygiene and smell like really old gym socks.

Some love to flirt with detectives, batting their long eyelashes (male and female) and blowing kisses through breath laced with last night’s vodka and onion dip. Many do really disgusting things when you’re not looking. Like the guy who, when left alone in the interview room, stuck his hands down the front of his pants, rummaging around down there for a few seconds. Then, when the detective came back inside to continue the questioning, the little darling wanted to shake hands and be all “touchy-feely.” Thank goodness for video cameras. And you were wondering why cops don’t shake hands with suspects? Well, now you know.

2. Detectives spend a great deal of their time inside homes, the residences of criminals and witnesses to crimes, that should have been condemned by the health department years ago. It’s not unusual, while questioning someone, to have roaches suddenly and almost magically appear on your clothing. You then look around to see if you can locate the source of the unexpected attack of creepy-crawlers, and the walls seem to be undulating. No, you haven’t inhaled some weird drug. It’s a huge sea of roaches crawling across the vertical surfaces.

Mice, not wanting to be excluded from the party, peek out from behind a stove topped with a month’s dirty pots and pans. And, lucky you, the mother of the little darling you think just killed someone, has offered you a nice, cold glass of iced tea, straight from the refrigerator that’s speckled with tons of roach crap. The bad part of the tea offering is that, for a moment, you actually considered accepting it because the house has no air-conditioning and it is nearly 100 degrees inside that sweet little abode. But the heat doesn’t stop eight bony, underfed cats from running, playing, puking, spraying, and defecating on the furniture and well-worn linoleum floors.

3. Investigators are the lucky folks who have the pleasure of enjoying a nice dinner at home with the spouse and kids, and minutes later find themselves standing in a room where some poor soul’s brains are dripping from his bedroom ceiling. All because the victim didn’t have the decency to sleep with a man’s wife somewhere other than the married couple’s bed. And the wife, well, she’s blubbering “I’m sorrys” all over the place while her husband is escorted, in handcuffs, to a waiting patrol car.

Meanwhile, detectives have the pleasure of bagging and tagging evidence in the bloody bedroom, taking care not to step on bits of the victim’s skull. After all, even for you, an experienced homicide detective, it’s still a bit disgusting to get home at 4 a.m. and find a murder victim’s blood on your shirt sleeve, or a piece of the guy’s head stuck to your shoe. Better yet, your spouse makes the gruesome discovery the next day while tidying up.

4. One of the perks of becoming a detective is that you no longer have to deal with drunks, the little darlings who can be a real pain in the keister, right?

Unfortunately, a large number of criminals are intoxicated on cheap wine or beer, or both, or high on something that promotes the undeniable urge to eat a human face, when they commit their little illegal faux pas. Unfortunately, they’re often in the same condition when detectives pick them up for questioning. So, combine a lot of drinking and drug use with fear and nervousness and what do you get? Yep, last night’s chili dogs, fries, pickled pigs feet, and chocolate ice cream all over your brand new suit. Not to mention the overflow that hits your desktop and case files.

Fighting in a Suit

5. Ever try fighting while wearing a suit and shiny shoes? How about wrestling with a 300 lb. angry woman while attempting to get a pair of handcuffs on her, all while rolling around in a muddy driveway? Then, as always, junior and three sisters jump on the pile, trying to stop you from taking dear old mom into custody. After all, all she did was kill dear old dad with a meat cleaver.

I’ll be the first to say this … never underestimate the strength of women. They will slap you three ways into Sunday, if you’re not careful.

My jaw still aches today from the time when …

6. Detectives drive really cool cars, like my old dark blue Chevrolet Caprice, the one that would only reach 80 mph when I held the accelerator to the floor on a three-mile downhill grade. It’s not cool to be in pursuit of a wanted suspect, a guy running from you, and have every patrol car in the area pass you as if you were sitting still.

Investigators often get hand-me-down cars, like old patrol cars minus the markings—the cars that are no longer good enough for the streets. Knobs, buttons, and dials are often missing. Radios don’t work. The carpets and seats are stained with urine and puke, so much so that the cloth now feels like leather. Glamorous, wouldn’t you say?

So, there’s six reasons why it’s really cool to be a detective. And you thought all they did was sit around all day shining those pretty gold badges. Sure, they wipe them down, regularly, but not for the reasons you thought. Nope, they’re actually cleaning off vomit, roach dung, and blood.

Nice day at the office, huh?

Children Who Live In Meth Homes: The Dangers and Long-Term Effects
Scroll to top