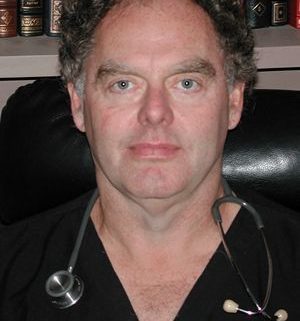 D. P. Lyle, MD is the Macavity Award winning and Edgar Award nominated author of the non-fiction books Murder and Mayhem: A Doctor Answers Medical and Forensic Questions for Mystery Writers, a compilation of the most interesting questions he has received over the years, and Forensics For Dummies, an in depth look into the world of forensic science. His published fiction includes the thrillers Devil’s Playground and Double Blind.

He has worked as a story and technical consultant with many published authors as well as with the writers and producers of several popular television shows, including Law & Order, CSI: Miami, Diagnosis Murder, Monk, Judging Amy, Cold Case, Peacemakers, House, Medium, and 1-800-Missing.

How and Why Folks Die

The death of actor Heath Ledger brings up a couple of important forensic issues. Namely, the Cause and Manner of death.

Simply put, the cause of death is what brought about the cessation of life. It could be a heart attack, a gunshot to the head, exsanguination (bleeding to death), or in Ledger’s case asphyxia from a narcotic overdose. The coroner’s report indicated that he had taken Oxy-Contin, Hydrocodone, Valium, Xanax, Restoril, and Unisom. The later four drugs are relatively safe unless consumed with alcohol or in combination as Ledger did. The big guns are the narcotics Oxy-Contin and hydrocodone. These are dangerous by themselves since they are both very powerful, more powerful than morphine and heroin. And when mixed with the other sedatives and sleeping aids he took they become very treacherous.Narcotics are what we call central nervous system (CNS) depressants. These are big words that mean they cause the victim to go to sleep, slip into a coma, stop breathing, and die from asphyxia, which basically is a lack of oxygen to the brain. It appears that this is exactly what happened in Ledger’s case. Fairly straightforward.

The manner of death is a bit more complex. There are 5 manners of death: Natural, Accidental, Suicidal, Homicidal, and Undetermined. A drug OD is not natural so that one can be ruled out here. After that it’s not so clear. If he took all these drugs not knowing that this mixture could do him in, then the manner would be accidental. There was no intent on his part to do himself harm. If he took them in order to harm himself, then the manner would be suicide and if someone else slipped them to him without his knowledge it would be a homicide.In this situation, Ledger’s OD was likely accidental since the levels of none of the drugs was apparently very high. It was the combination that did him in. 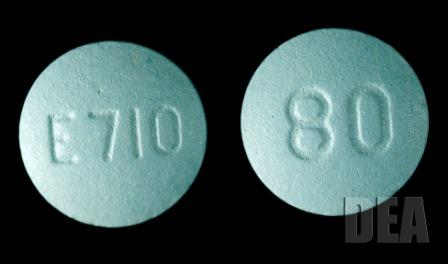 If he were trying to commit suicide or if someone were trying to kill him, the ME would have expected to see much higher levels of one or more of the drugs in question. This should be obvious. If the intent was to do harm then overkill is usually in play. Large amounts of drugs are taken or given. A word about the Undetermined category. Since the autopsy and toxicological findings would be identical whether the drug OD was accidental, suicidal, or homicidal, the ME often can’t say for sure. He would then classify the manner of death as Undetermined. That is, the ME would not be able to say by whose hand and for what purpose the drug OD occurred.To help him make his determination the ME will often employ a forensic psychiatrist and ask him to perform a Psychological Autopsy. In this evaluation, the psychiatrist will review the victim’s personal, medical, and psychiatric history, interview friends, family members, co-workers, and maybe speak with his physicians. The goal is to assess the person’s state of mind and determine if anyone had any reason to want him dead. For example, if had an ongoing lawsuit against a business partner or was involved in a nasty divorce or child custody situation, then homicide must be considered. If he had shown signs of depression then suicide might be considered. But if he was excited about life, beginning a new project, or planning some big life event such as an upcoming wedding or new job that he was looking forward to, then an accidental OD would move to the top of the list. This is an inexact science and is often a best guess.From what I’ve read, Ledger’s death was most likely an accidental OD. It points out the danger of mixing drugs. D.P. Lyle, MD
www.dplylemd.com