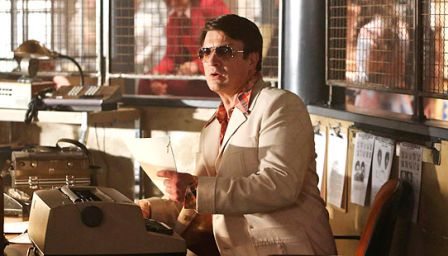 This week Castle borrowed Mr. Peabody’s Wayback Machine and used it to take us on a trip to the 1970’s, when shoes were tall and halter tops were short. The 70’s arrived on the heels of the assassinations of King and Kennedy. It was a time was of festering and changing social issues, Reddy’s song “I Am Woman,” and demonstrations protesting the war in Vietnam. Castle writers, however, chose to take us to the lighter side of the era.

Aside from the episode’s somewhat iffy murder case, the rest of the show was, well, if you were a child of the 70’s you already know that segment of history was, in some respects, almost magical. And that feeling of “goodness” was what flowed from the TV set this week. Well, that was my take. Let’s see what Melanie has to say.

The long spring hiatus is finally over, but I must say I was a bit disappointed in this episode. I wasn’t happy with the writing or the story line. After all the hype, I expected a better plot. I liked the show okay up until the strange turn in the case involving Harold Leone, the man who was stuck in the ’70s, and his boss—the victim—Vince Bianchi. That was one weird twist out of the blue I did not see coming. Seemed more sensational than possible. Just sayin’.

Not that any of the rest of the show was normal, except for the body-discovery scene at the beginning. Harold believing it was still 1978? Martha providing ’70s set dressing for the precinct? Everyone wearing period dress? All of it was odd, but I was able to suspend my disbelief to go along with most of it… especially the funny parts.

I thought Esposito, Ryan, and Lanie had the best outfits and all of the best lines. I didn’t even recognize Seamus Dever (Ryan) at first. He looked totally different. And Esposito sliding off the hood of the Starsky & Hutch-style car? Priceless.

Martha’s strange, gung-ho ideas about Rick and Kate’s wedding were off-the-wall as well, but believable (for her). I do hope they keep her far away from everything related to their nuptials, or I’m sure they’ll live to regret it.

I really don’t have much else to say about this episode, except that once the big twist took us down the yellow brick road, the whole thing went downhill. The final scene at the disco with Harold dancing alone and paying homage to Vince made me shake my head. Seriously?

If I recall correctly, I panned the last episode written by David Amann as well. Maybe Andrew Marlowe should rethink some of these odd stories. We only have three more episodes left to watch this season. I certainly hope Amann didn’t write any more of them.

As many of you know I’m still homeless, living in a hotel until our new house deal is all said and done. And, as a result, I’m without a DVR (the horror of it all), so please forgive the brevity of my portion of these reviews. Hopefully, I’ll see “normal” in a few weeks. Until then I’ll leave it to Melanie to do all the heavy lifting.

As for this episode—the 70’s Show thing—I thought it was fun. And, for me, it was a refreshing change from the usual routine boilerplate scripts. The scene in the precinct was “groovy and hip,” and it took me back to the “good old days” of 8-track tape players and record albums filled with the music of Led Zeppelin, The Carpenters, Carole King, James Taylor, and The Temptations. Then there was Pink Floyd’s mega hit album “Dark Side of the Moon”. It was also the time when we lost Jimi, Janis, Jim, and, of course, Elvis.

Television in the 70’s introduced us to Fred Sanford, Kid Dyn-O-Mite “JJ” Evans, Mary Tyler Moore and Rhoda, and The Bionic Woman. Then the curtain went down, slowly, bringing an end, a sad end I might add, to The Sonny and Cher Comedy Hour and The Carol Burnette Show.

Anyway, back to Castle. The case of the week was just that…weak. But the rest of the show, well, I enjoyed the hour of memories. As an episode of Castle…not so much.

I almost forgot…Lanie and the rubber mold of the murder victim…puhleeze.

Lastly, as Carol Burnett said so many times, 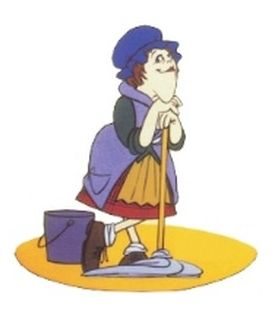 “I’m so glad we had this time together

Just to have a laugh or sing a song

Seems we just get started and before you know it

Privatization of the US Prison System
Scroll to top