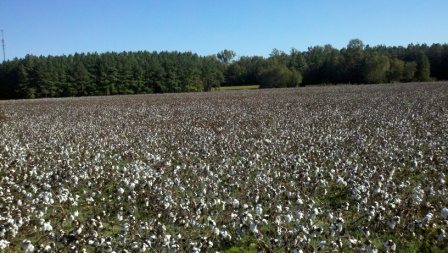 Some forty years after I’d made the entry in my notebook, I found that my handwriting was a bit difficult to read on some of the yellowing pages—the result of quickly-written memos then, and failing eyesight today. But I was able to make out the basics, and there was enough there to take me back to the time when I wore the brown over khaki uniform of a deputy sheriff.

Flipping through the pages, one particular entry caught my eye. It was a Friday night during an unusually cool and blustery October. The skies were clear and brightly lit by a near full moon. The gas tank in my take-home Crown Vic was full (I’d filled it at the end of my shift the preceding morning) and the speedometer had just tripped 80,000 miles. The lights and siren were both in working order.

I’d signed on at 2342 hours that night, and in my mind I can still hear the dispatcher’s voice acknowledging my radio message in a drawl that prompts a craving for mint juleps and an urge to plant a magnolia tree in my front yard.

It’s no secret that I was not born a southerner. In fact, before “the conversion,” I was such a Yankee that one of my relatives owned a house that was once used by Harriett Tubman as a stop on her vast underground railroad, and we lived nearby.

As a child born north of “the line”, the switch to the south was a major change. Everything was different, including the schools and how they conducted business. Classes in our new southern location began each day with a child reading from the Bible, followed by the deep voice in the wall-mounted speaker leading us in prayer. We didn’t do that in northern schools.

The thing that stuck with me the most, though, was to see peanuts, tobacco, and cotton in their natural habitats, and not in jars or bags, rolled into cigarettes, and as a word printed on the label of my school clothes.

Okay, back to my notes. It hadn’t rained in nearly three weeks and the local farmers and their field hands had been hard at work for several days, picking cotton. And, as always during harvest time, the white, fluffy stuff was everywhere. Sure, workers had loaded large farm trailers filled to the point of overflowing, like giant pillows on wheels. But that didn’t stop the wind from blowing what didn’t make it to the trailers, sending it across the roads, into trees and, well, freshly picked raw cotton was everywhere. Shining my spotlight across the fields made them look as if they’d been dusted by a light snowfall. 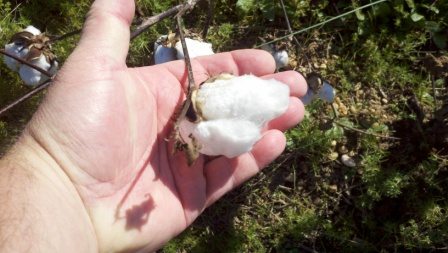 Of course, shining a spotlight across the fields also illuminated the wildlife—deer, foxes, raccoons, ‘possums, and even an occasional black bear. And, on the night referenced in my spiral notebook, the light also illuminated a woman’s body lying between two unpicked rows of cotton.

She was young, mid to late 30’s. Fully clothed with the exception of her bare feet. There were no shoes at the scene. A bit on the heavy side, probably around 150 – 160, or so. Approximately 5’ 5″ tall. Round face. Skin the color of Vermont maple syrup. Her eyes were open, without focus and looking toward the sky into infinity. A bullet wound to her forehead, just above her left eye, and another closer to her right eyebrow told me to save my CPR skills for another day.

Small clumps of loose cotton dotted the area around the body. Some were the brilliant white of summertime clouds. Others were rusty red and saturated with the victim’s blood.

Three sets of footprints entered the field—large boots, small tennis shoes, and a set ending with bare toes. Only two sets headed out. The toes remained.

The victim had two small children at home. A neighbor was called to sit with them while their father went out searching for his wife who’d called earlier to say the church meeting was running a bit longer than she’d expected. No, no need to pick her up. Wanda was at the meeting and would bring her home.

Twenty minutes later, Wanda called and asked to speak to his wife. No, there was no church meeting that night.

He knew where exactly where to look.

The victim’s lover, a cotton farmer, escaped the gunfire.

There was no DNA. No fingerprints. No cell phone calls to trace, and no bullet casings.

Just a pair of womens shoes found five hours later, in the farmer’s truck. And a revolver containing four bullets in his jealous wife’s car.

If I’d kept a tally over the years I could’ve added another hash mark to the “life taken” column, and five to the “lives ruined” section.

“Sunny and warmer – a good day to pick cotton”